I sometimes use MyPaint, an open source painting program to create my work. It has less features than GIMP, but I love how the brush paint digitally as I move the Wacom tablet stylus. This is how I painted the “Brawling” artwork for Wicked North Games upcoming Westward RPG that was featured in a previous post.

At first I sketched the scene quickly in MyPaint using one of the Pencil tools. Initially the person who was throwing the punch was a man, but then I changed it to a woman in mid-sketch. 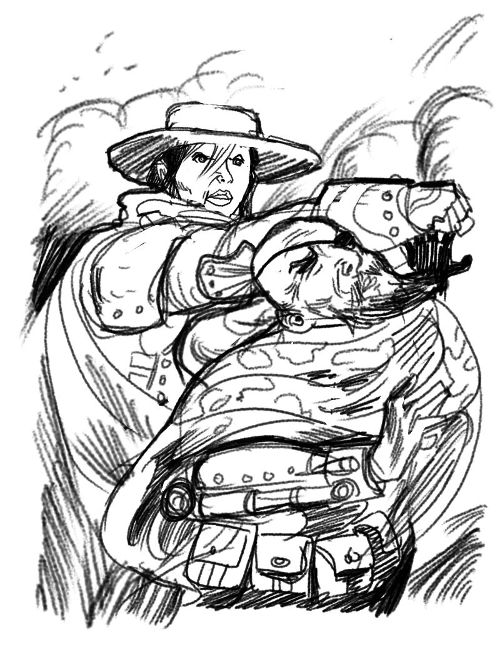 I decided on a yellowish hue for the image before I started painting the sky upon the layer immediately below the pencil sketch layer. 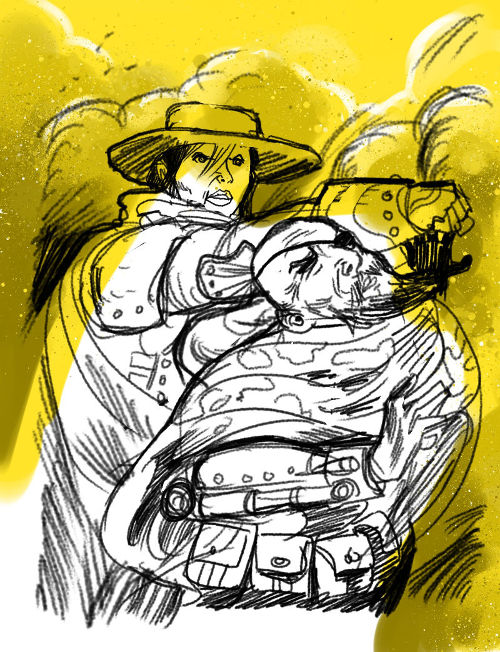 Then I started colour blocking one character, playing with some colours over it to see if they meshed well. 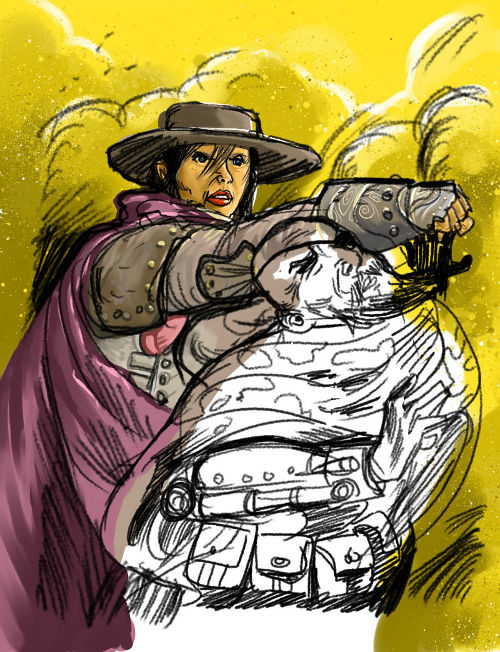 I started to block the other character as well as refine the punch thrower. The opacity of the pencil layer was also decreased to have a better view of the colour layer as I worked on it. 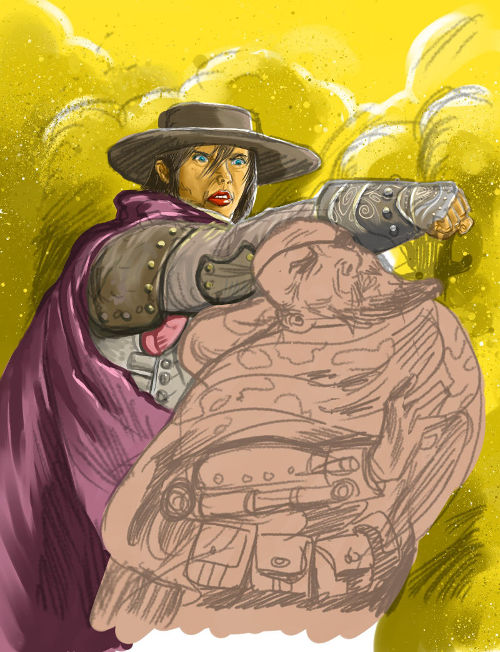 He has a strange colour on him

When I was done with the characters and the background, I saved the file as a PNG to be worked on more in GIMP. 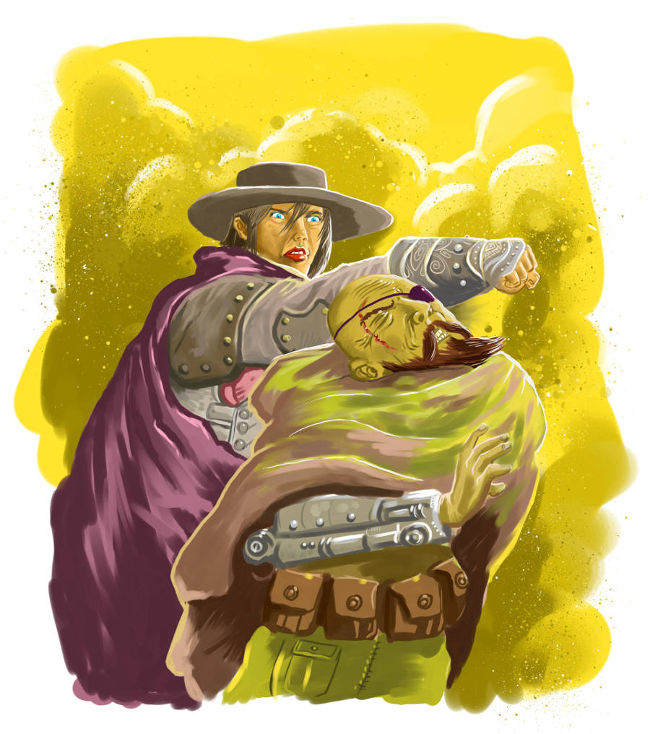 The PNG file was rotated to an angle was satisfied with, then cropped. The sun, glow and smoke effects were also added in GIMP. Compare the final image above with the final artwork at this blog post.