So, in part two of the Eclipse Phase quickstart demo scenario, Ahmir discovers that his knowledge on Mars – or anywhere other than the Outer Planers, the Kuiper Belt and the Oort Cloud – is worth zero.

Ahmir’s player – me – discovers that his Gamescience dice is trying to kill him. 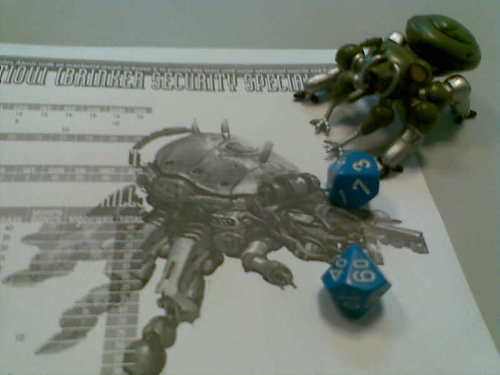 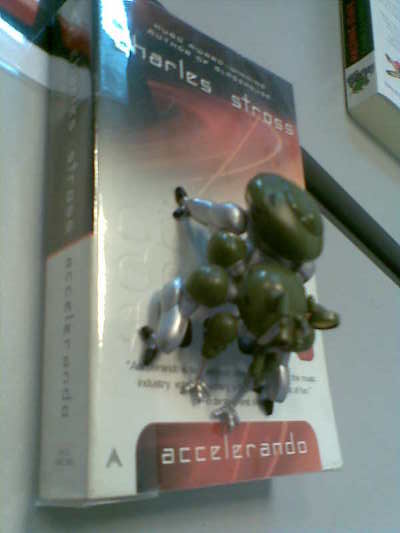 Early on, I took these photos of the Tachikoma figure we used to represent Ahmir after he was resleeved following the previous episode’s nuke encounter. I forgot to snap more because the encounters were exciting. Action movie exciting.

Also, they were somewhat hilarious thanks to some hilariously bad dice rolls. Kinetic weapons jamming. Beam weapons overheating. Parkour attempts that were… less than stellar.  But there were some spectacular heroic acts as well, such as Zora shooting a bad guy through the neck to destroy his cortical stack embedded at his cervical vertebrae*.

We finished the adventure with a 20-kilometre radius, devastating anti-matter explosion that scooped out a whole lot of dirt – as well as deadly TITAN artifacts and bad guys’ corpses – off the Martian landscape. 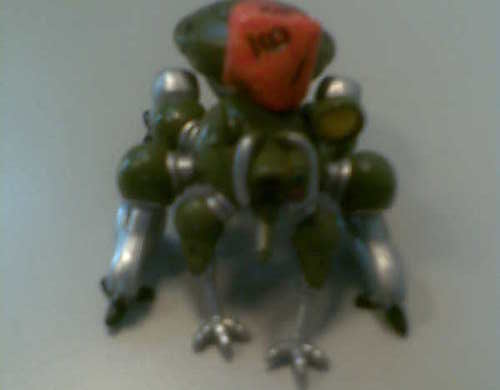 Thanks to Ivan the GM, Ivan the player, Keh Win and Kai for a great game. And Doug and Adrian for their input and chuckles from the peanut gallery.

* In hindsight, I believe that to shoot a person’s C1 “Atlas” vertebra successfully from the front and at a high angle, you have to shoot him through the face with an AP round instead of the neck.