Monday was a carry over holiday for Raya Haji which fell on a clear sunny Sunday. A trip into town would be nice, we thought. It was too far for the car to reach the Bandar Utama region, so we drove somewhere closer: Kuala Lumpur City Centre which was not too far away by car, via the AKLEH elevated highway. It even has a dedicated exit into its underground car park. Despite it being situated relatively close, we do not visit the Suria KLCC mall all that often. 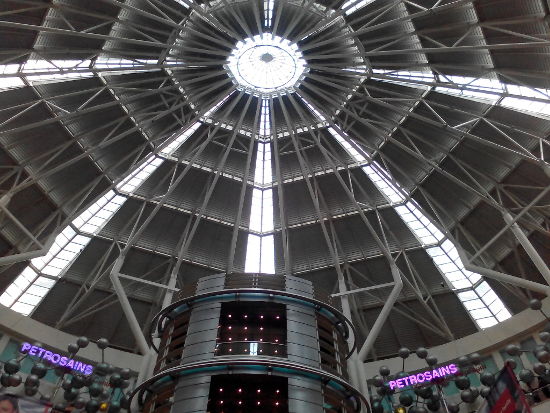 At the top of the centre concourse

Things appeared as they usually do in the mall. 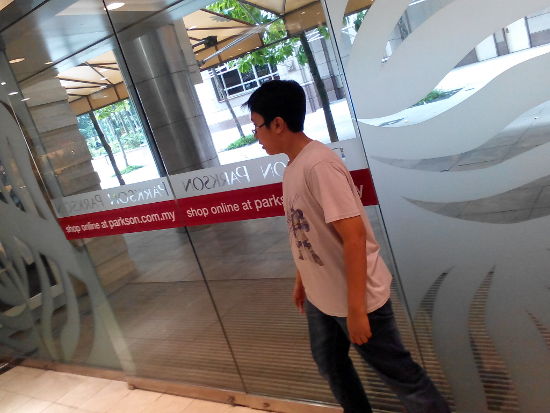 Irfan mapped out the door infrared sensor area at the department store. Who knows it might be useful some day. 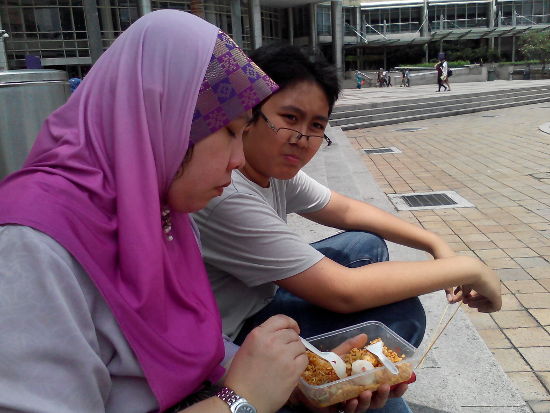 There’s a weird new structure across the lake

Our lunch were takeaway boxes from Cold Storage. Ain had the nasi goreng. Irfan and I had a slice of pizza each. 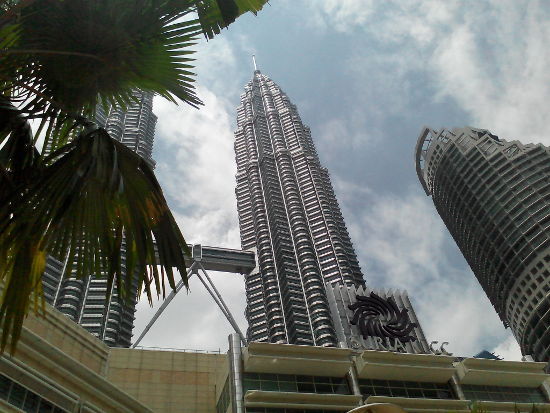 We ate in the shadow of the towers. 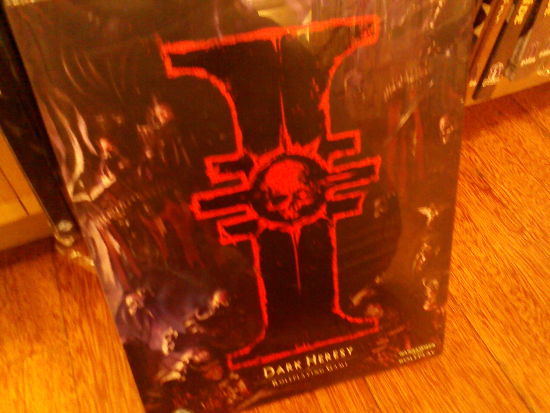 Um… can I play Eisenhorn?

Meanwhile, the new edition of Dark Heresy could be found in Kinokuniya. The price was too high for an impulse purchase though. In the grim darkness of the far future there is only RPGs.