It has been a while since my last Star Wars artwork. In fact my illustration output for 2018 was pretty abysmal.

Last month, James Spahn requested an art commission from me. The colour sketch would be of the player characters of his Edge of the Empire RPG group, known as “Corellian Starline”. It took me longer than it should because of exam grading, translation work and a host of other matters, but it is finally done. 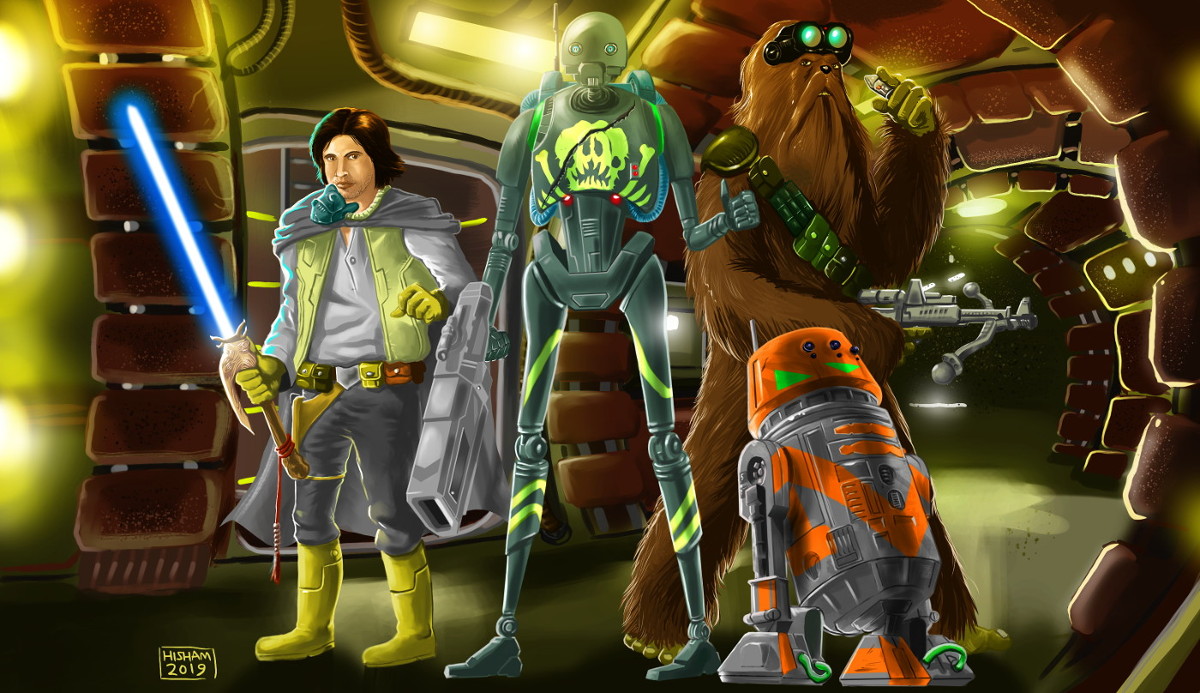 Corellian Starline (Click on the image to expand it).

On the left is Arctis Pash. Is he related to Hondo Pash? Maybe some day we will find out. The K-series droid who wields a riot gun is K1-LRY a.k.a Killroy. The Wookiee is Chirffu and the orange astromech droid is his.

We wish these four space heroes a long life, less than total-party-kills and more Triumphs than Despair.