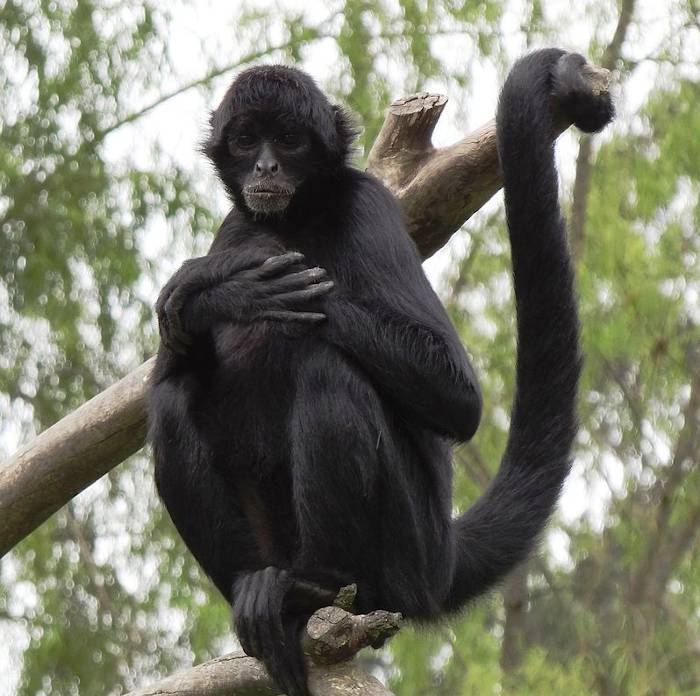 Type: Tree-swinging monkey
DEX 5D
Dodge: 6D+2
Throw: poo 6D
PER 2D
STR 1D+2
Brawl: bite attack 5D
Climb/jump: 7D
Move:10 (on ground) / 15 (on trees)
Special abilities:
Bite attack: STR+1D Damage
Poo flinging: On hit, roll target’s willpower against Moderate difficulty. Failure causes a round of barfing, plus immobilized for that round. The next round, the target is considered wounded. The third round, the target is automatically back to normal unwounded health state.

I wrote these stats for a spider monkey as a joke in The Rancor Pit forums back in 2004, a year before this blog was created. Since I have never reproduced them elsewhere, I thought I should have them here for posterity’s sake. The image is from Wikipedia.

Will anyone ever use these stats? Who knows.