What nonsense is this? Both the science fiction books I read during my formative years during my teens are both being released as talkies this year? First of all, there’s Apple TV’s Foundation series – based on Isaac Asimov’s classic novels – which I might review after the end of the first season. Then, Denis Villeneuve’s film Dune Part One, adapted from the first half of Frank Herbert’s science fiction novel Dune.

Ming Fang would have a field day. 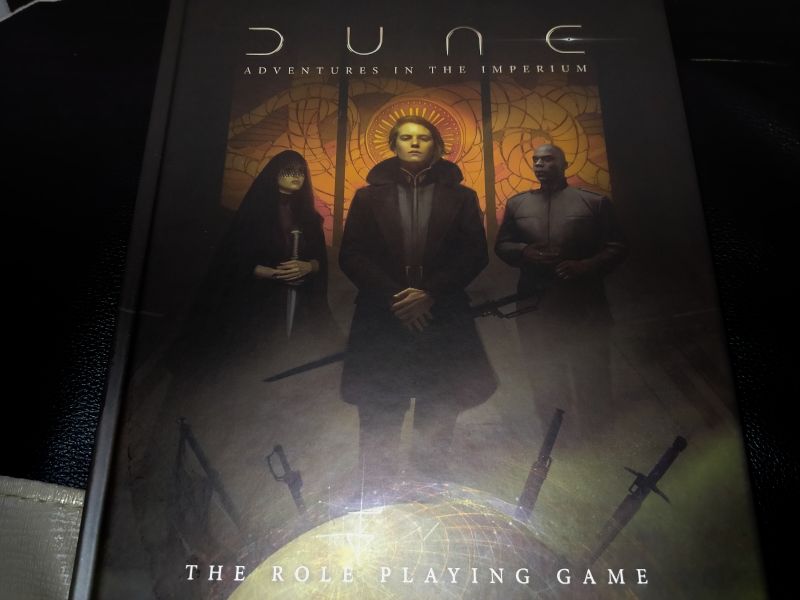 Dune is a tabletop RPG where gamemasters (GM) and players roleplay within the universe Herbert made, creating their own epic saga as they play. Players could opt from a list of 20 Archetypes such as Analyst, Courtier, Duellist, Envoy, Spy, Steward and Warrior. Also you could be part of one of the Factions listed such as a Bene Gesserit Sister, a Fremen or a Mentat. 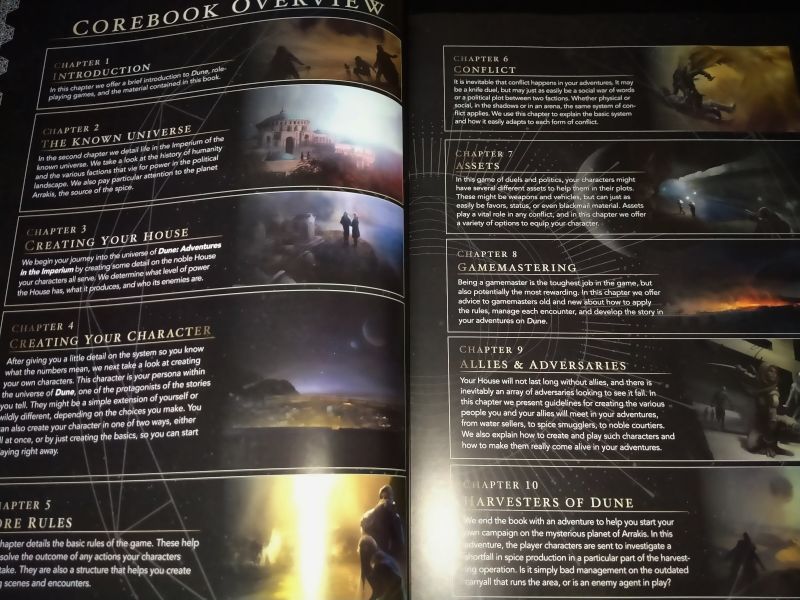 This is a 2d20 system game like Star Trek Adventures. But unlike that game where the character have Attributes and Discipline rating, Dune instead has the Drive and Skill rating. Assets are also important during play. A crysknife with a rating of 2 will give the player a better advantage than a maula pistol 1. 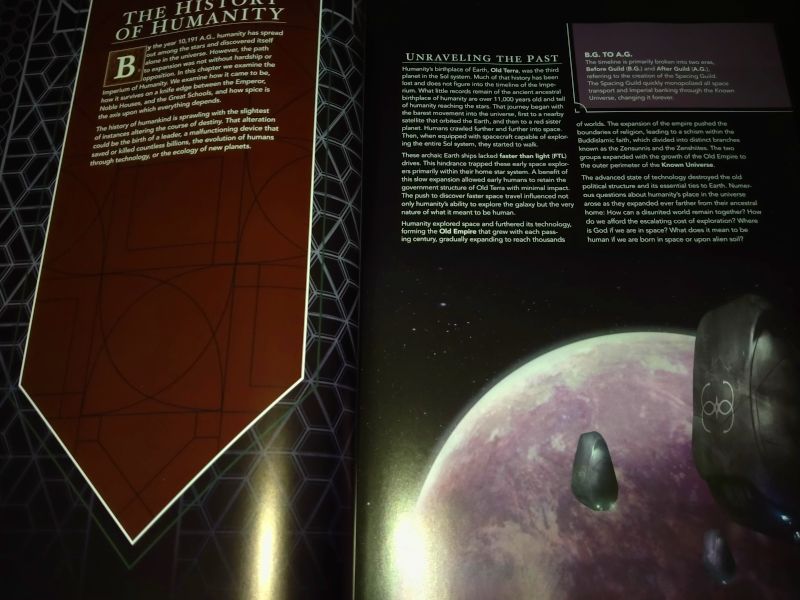 That is Bene Gesserit lighter no doubt

And instead of combat, the game presents us with a streamlined rules for Conflict which is divided into five different types: Duelling, Skirmish, Espionage, Warfare and Intrigue, very on-brand for the political machinations of the Known Universe of Dune. 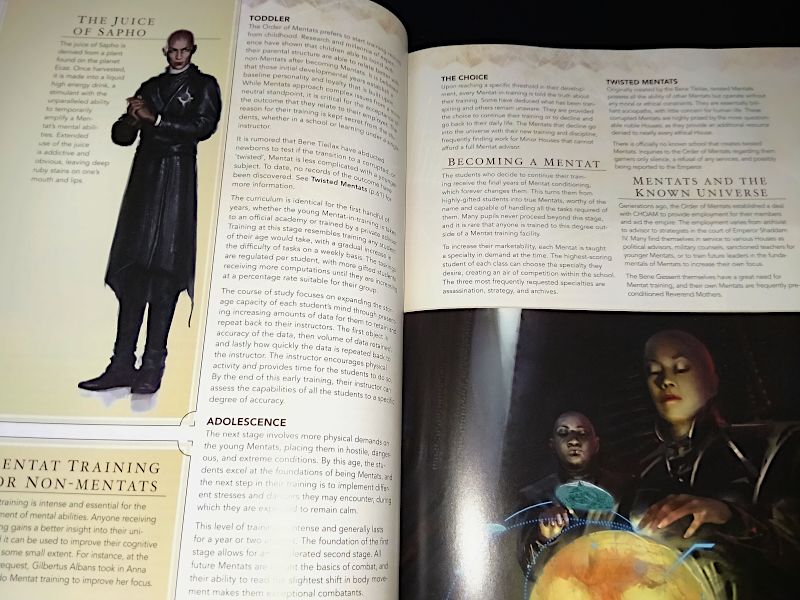 Playing a human computer can be fun

Also missing from the Star Trek Adventures rules are the use of Challenge dice (Tahaddi dice?) for effects such as damages! But besides that Focus, Talents, Momentum, Threat, Determination are pretty much the same. With your Skills and Drives, a player perform any task during the game such as shield fighting or shooting a lasgun. A player could catch a hunter-seeker in mid-flight bare hands! In another scene they could be sneaking into a Harkonnen spaceport, flying an thopter under fire, and convincing a smuggler to provide them weapons. 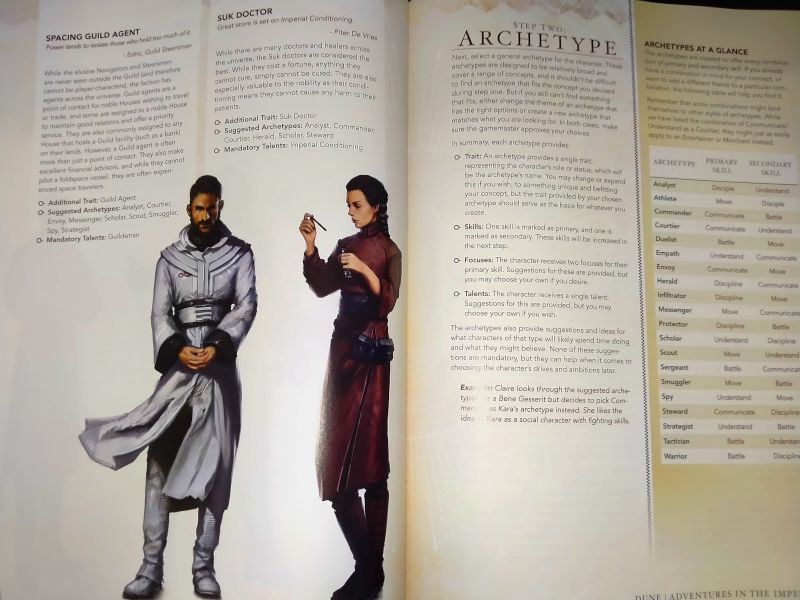 Perhaps a Guild Agent or a Suk Doctor

And yes, there is a Bene Gesserit Talent available known as Voice. 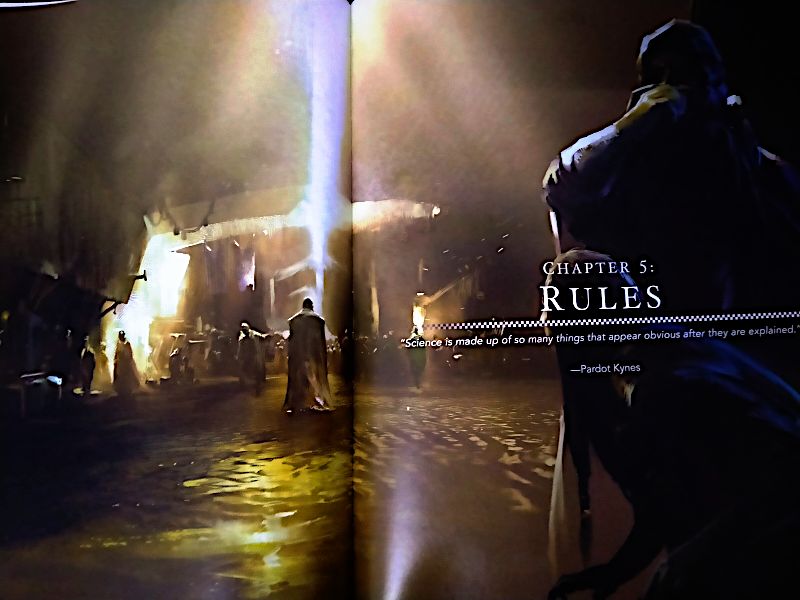 The book also includes a scenario entitled Harvesters of Dune in its final chapter, allowing the GM and players to test out the rules during play. However, Modiphius has published a quickstart guide with another scenario titled Wormsign which players can download and print for free without purchasing the core rulebook. Players can immediately use the pre-generated characters in Wormsign. 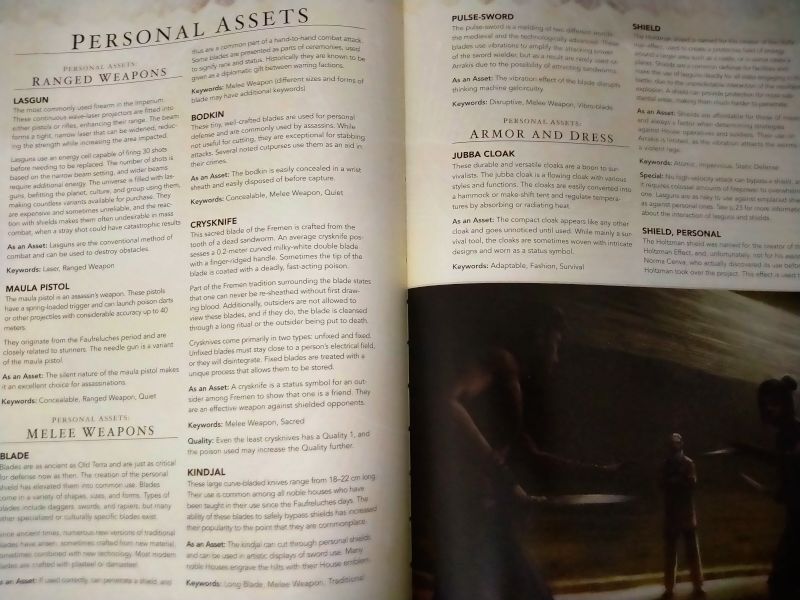 When I grow up I want to be a kindjal

A Role-playing Game is an Alam al-Mithal

The setting chapter includes details from the prequel novels by Kevin J. Anderson and Brian Herbert. So there are a lot of background information that GMs can use as hooks to begin their campaign. Even if your campaign is limited to the planet Arrakis circa 10,191 A.G., there are a lot of inspirations for scenarios on hand. Players could be surviving out in the desert among the Fremen. Or instead they would be backstabbing with off-worlders in the cities of Arrakeen or Carthag.

Arrakis is after all an important planet because of its unique commodity: the spice melange. The Guild, the Landsraad and CHOAM constantly keep a weather eye on it.  It would not matter if the Beast Rabban or Duke Leto governs the planet.

And if the GM and players are from post-colonial countries, there could be a lot of inspiration from real local history. 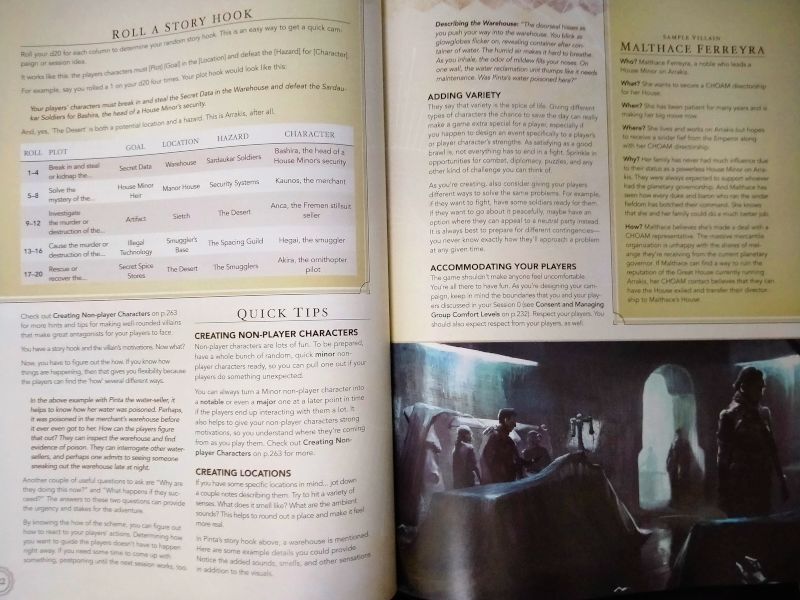 Generate your own Imperium scenarios

However, there are many things that I wished are in the book, such as the Swordmaster of Ginaz and the Lion Throne Factions. We have yet to see how the likes of Harq al-Ada contributed to House Atriedes.

Perhaps in a future supplement there will also be maps of Arrakis and its cities. Furthermore, it would also be great to someday have a list of Houses Major and Minor with their CHOAM products & services. Player characters’ own Houses would be able to deal with them for contract negotiation while undergoing dangerous missions. 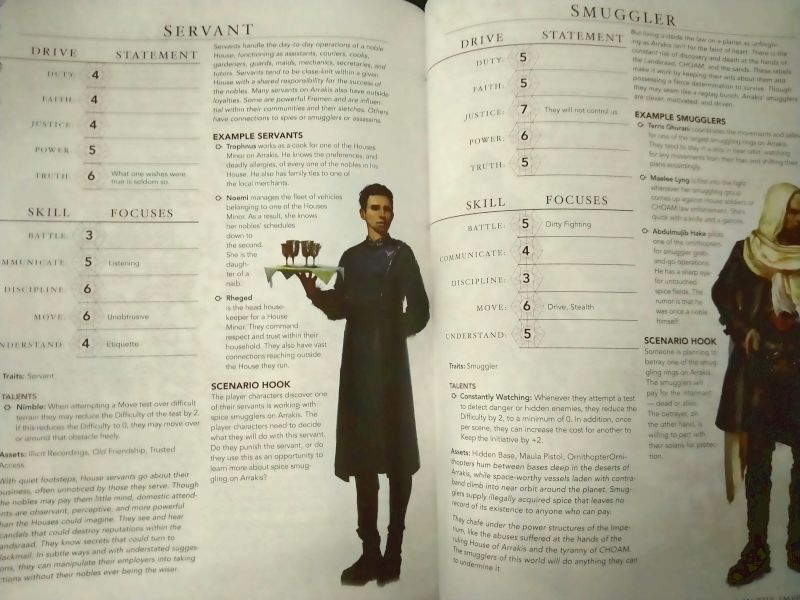 This is a solid hardcover rule book. I hope to run a session of Dune: Adventures in the Imperium when I have the time.