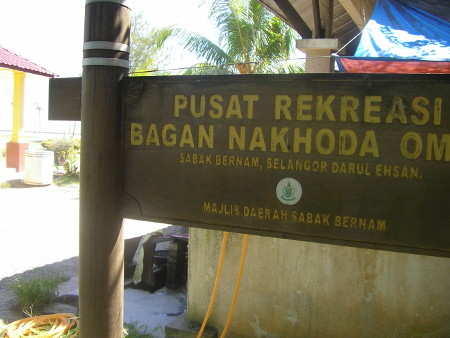 This is a signboard. Yes, it is

Once upon a time, Atok and Opah told us of a little out of the way place named Bagan Nakhoda Omar, Harbour of Captain Omar in Anglic. Who was Nakhoda Omar and ship did he captain? I’d like to know that as well…

On our way to Sitiawan for school holidays, we thought we’d stop there for lunch. It was a warm sunny day, but not sweltering at all. There was a cool breeze coming from the sea and we took a table under the undulating shadow of some coconut trees. We ordered the specialty that Atok and Opah told us about: fried meals with prawns. Ain & I ordered nasi goreng and Irfan the meehoon goreng. While waiting for lunch to be cooked, Irfan explored the area around the food stalls, chasing a small monitor lizard into a pool under the gazebo where most of the tables were situated.

There were more than a dozen fried prawns in each of our dishes. They were fresh, delicious and their soft shells and legs came off easily. They was the best fried prawns we ever had, cheaper and more to the ringgit than any restaurants in Kuala Lumpur.

Irfan wanted to buy a kite from one of the stalls, but we were leaving for Sitiawan right after lunch.

Someday, we will return. 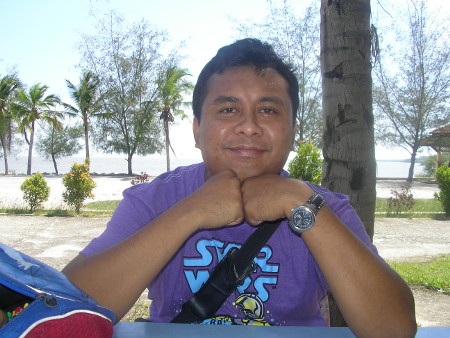 A rare appearance of Abah Irfan in the blog

There’s the sea – or more precisely the river estuary – right behind me. 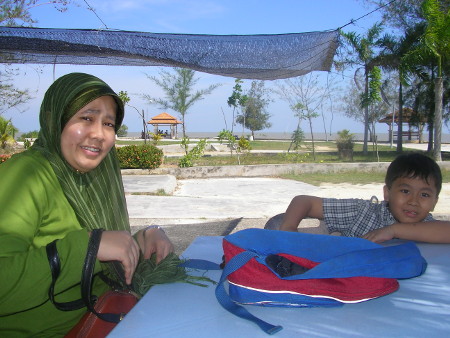 See, we’re at the beach. Sunny and very windy

Look at the coconut leaves shadow over Ain and Irfan, who was trying to dig out some Pokemon toys he brought with him in his bag. 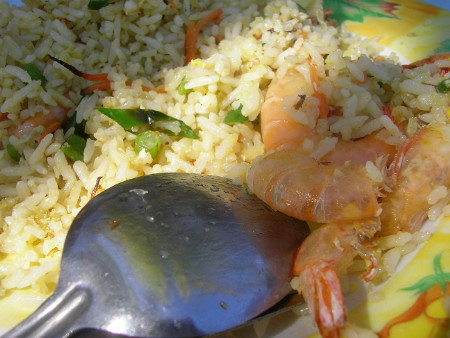 Rice fried with a decapod

A close up of the nasi goreng with prawns. 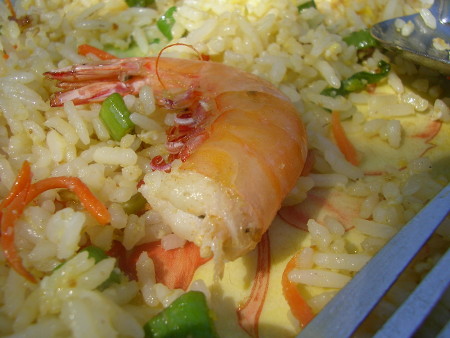 More of the above

When we were about to leave we saw another table order udang celup tepung – prawns fried in batter – which looked really delicious. We’ll order those next time we visit. 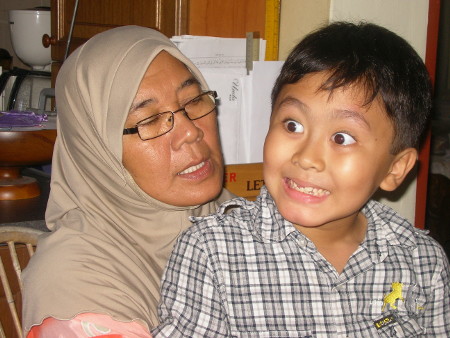 Back in Sitiawan with Opah

Soon, we had crossed over the border into Perak and reached Sitiawan, where Irfan greeted his grandparents with glee. 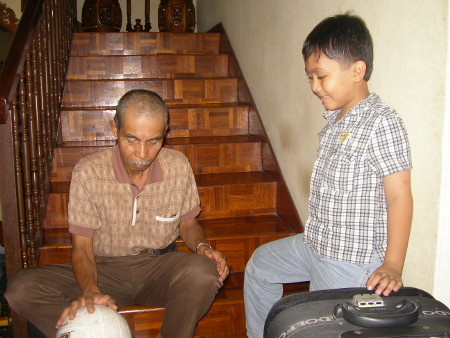 Atok gave Irfan a ball to play with, which he brought back with him to Kuala Lumpur.