The Symposium of International Languages and Knowledge was quite the event. Besides running the RPG workshop, I also sat in other talks, participated in other educational workshops and also had lots of food.

Here are some photos to show the experience I underwent at Walailak University, Nakhon Si Thammarat, Thailand. 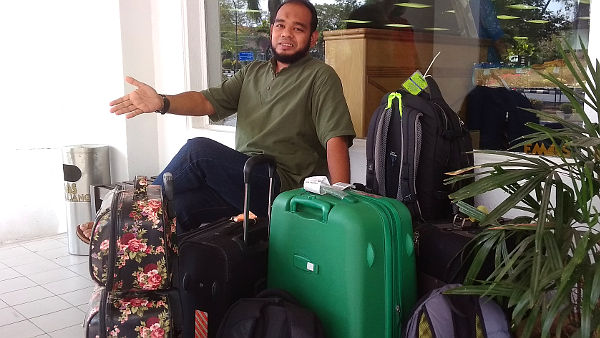 WU was holding their 26th anniversary expo on campus, a big event we were told. SILK was scheduled to be held at the end of March in conjunction with their anniversary. We waited at the border for their transport to pick us up. 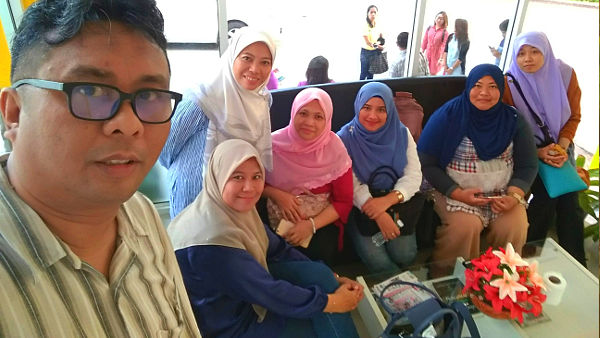 At the Modern Hotel

It took four hours for the two transports to deposit us at a hotel near their campus.

That evening, a bunch of us went out to the expo site at the university in search of dinner. The expo site was big, along a single road on campus. There were vendors who sold food, flowers, furniture, agricultural gear with a live concert. 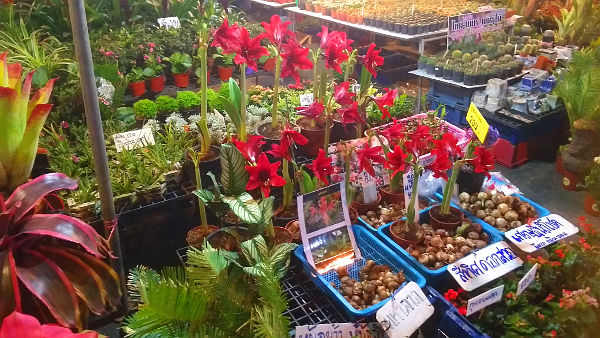 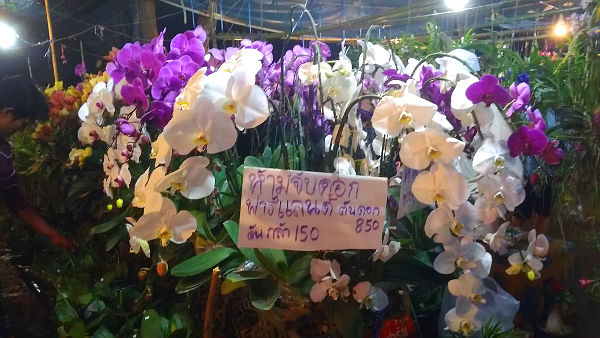 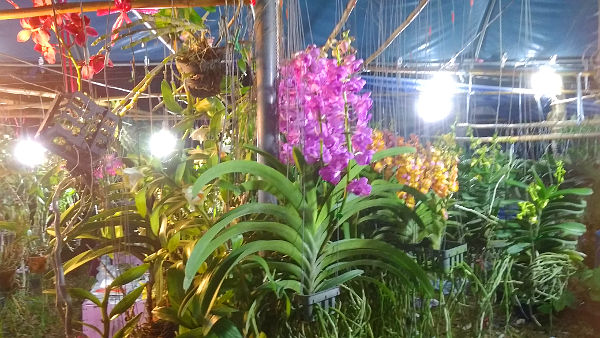 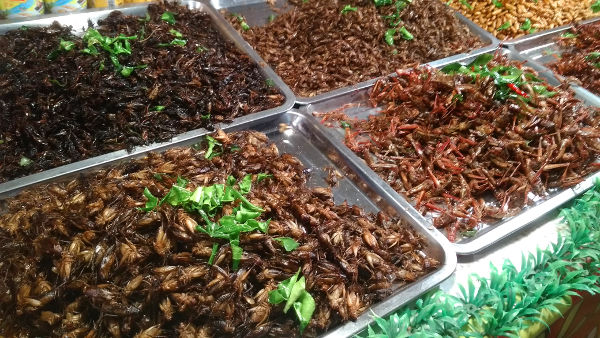 Bugs in the system

This one looked mighty intriguing. 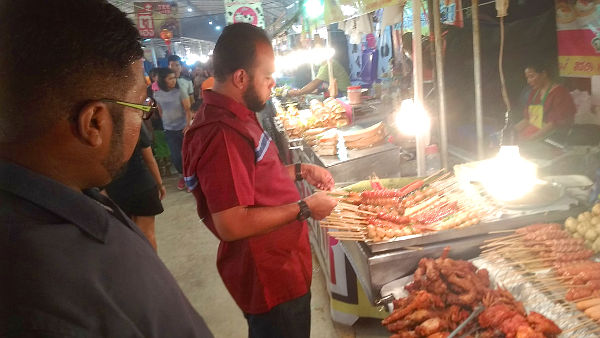 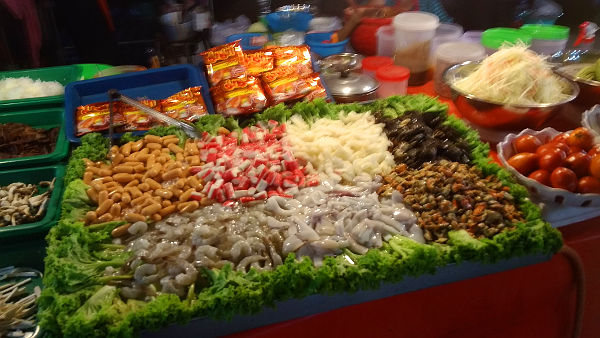 This stuff was intriguing to me

I suspect Thai chefs and cooks hold back on their Thai food that they make and sell in Malaysia because I have never seen nor tasted anything as awesome as the food that I sampled here. These are next level food these are. 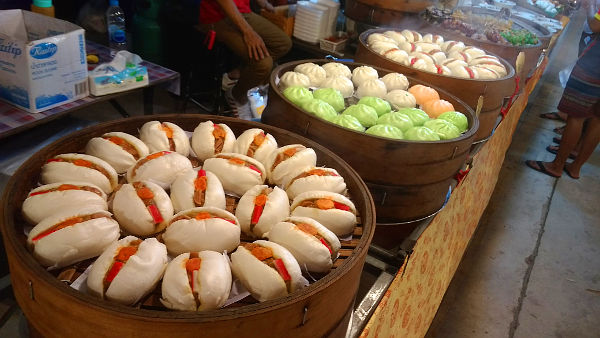 Even their paus look amazing. 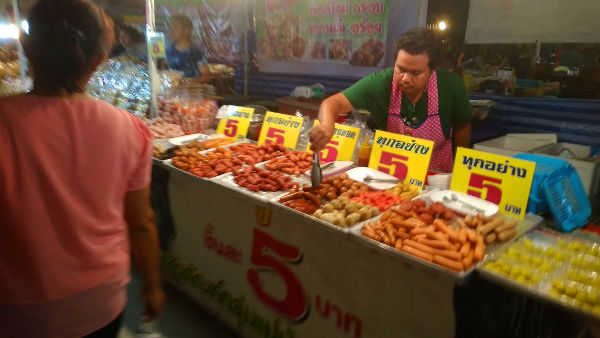 Are these halal? I dunno 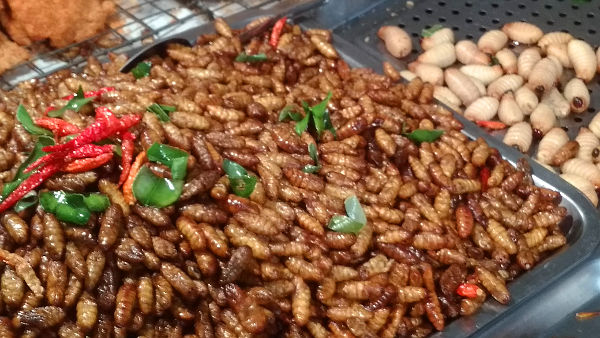 I thought I would take a closer look at the insectivorous food. I did not sample any, though I think I would try some grasshoppers or crickets next time I visit. 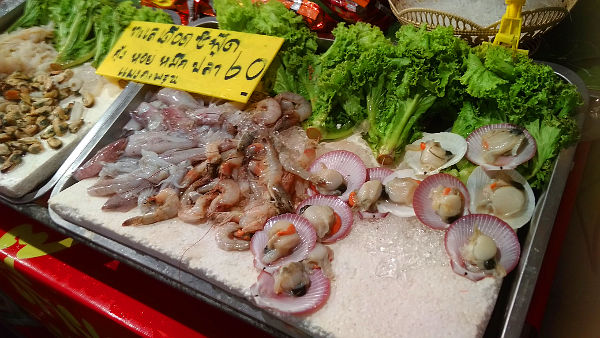 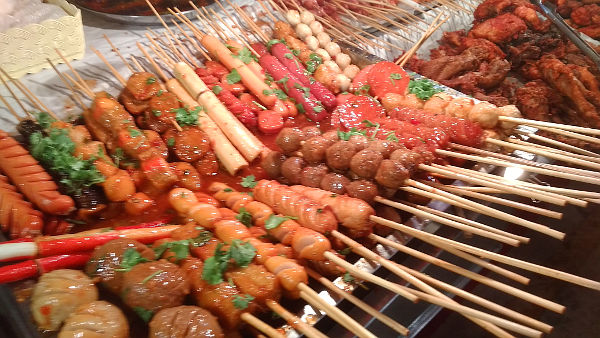 A closer look at lok ching

I bought three of these for dinner and ate them at my room later. They were so good. And very filling. 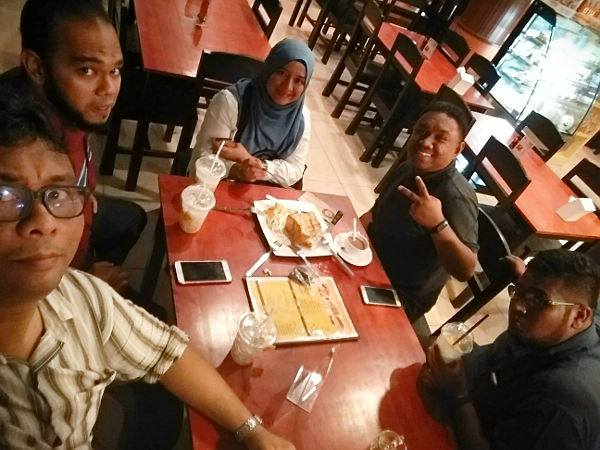 Evening drinks at a halal restaurant

We stopped at a halal restaurant for iced tea and such, but they were closing. 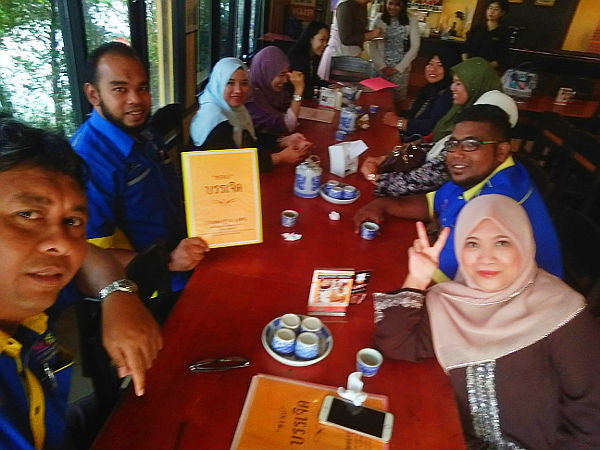 Breakfast at the same halal restaurant

The next morning, our liaison officers came to take us to breakfast at the very same restaurant we went to the previous night. After the meal, we headed for the university for work. 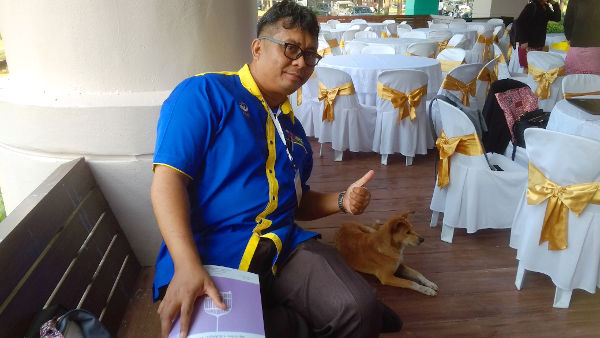 This nice dog accompanied us as we registered for the event at the university. 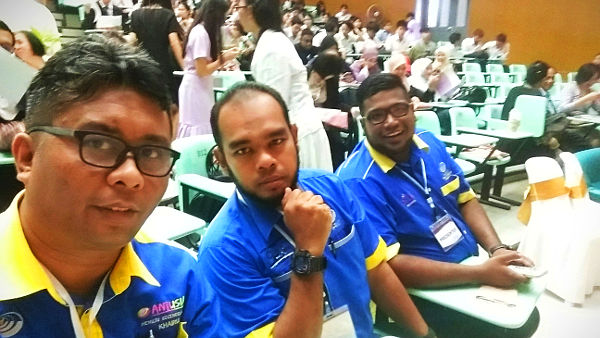 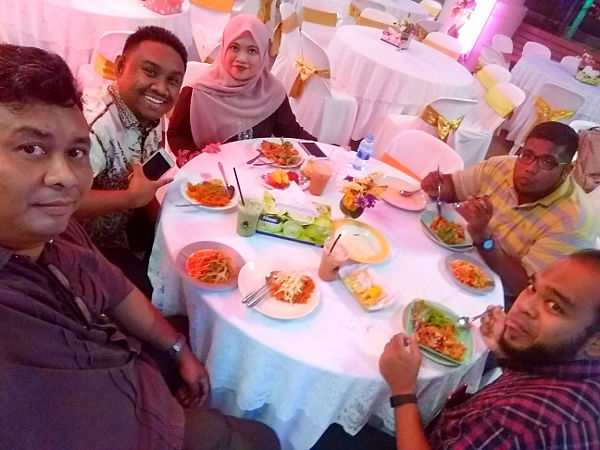 After our day, we kicked back later that night at the symposium dinner. There might have been a karaoke session which Syamril and Ju participated in

That night we were invited to the SILK dinner organised by the university. Again I was faced with a selection of unbelievably delicious food that was like nothing I had in any Thai restaurants in Malaysia. 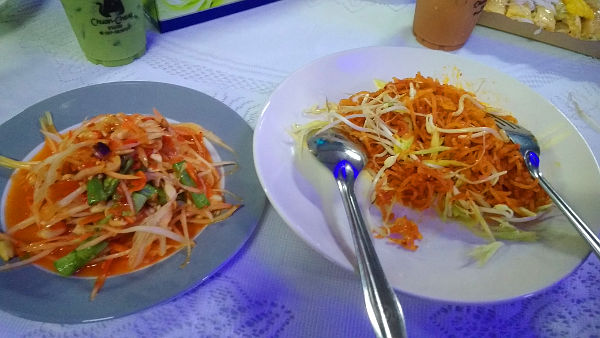 Like all the other meals, the chef of this som tam and bihun kerabu made it in front of us as we ordered from their table.

This bihun with bean sprouts dish on the right looks simple but was absolutely delicious and slightly spicy. The sprouts were just the right degree of crunchy to give the meal a good texture. 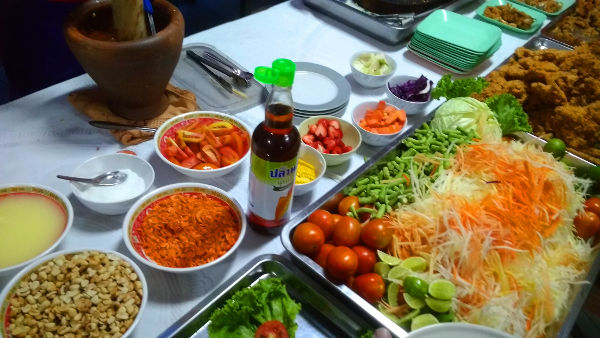 The ingredients arrayed on the som tam maker’s table which they put together for us as we watched.

We could order our som tam and the lady at the table would make it right before us as we waited there. 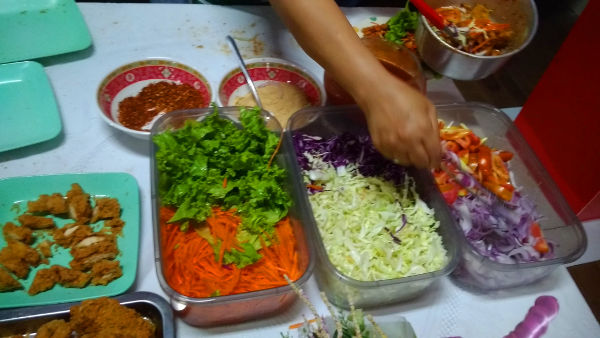 At another table we ordered some chicken thingie.

Also, this chicken dish which I have no name for was made in front of me. 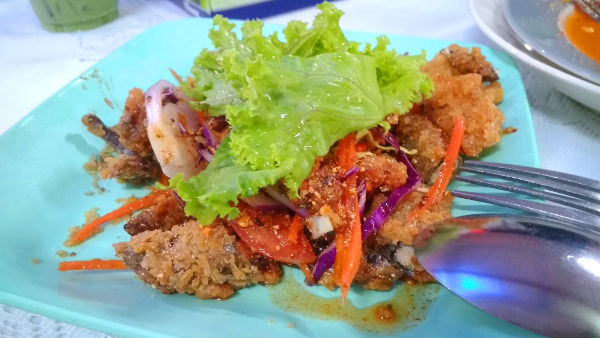 The chicken thingie itself

The chicken dish was both spicy and sour, and I am salivating just remembering what it tasted like. 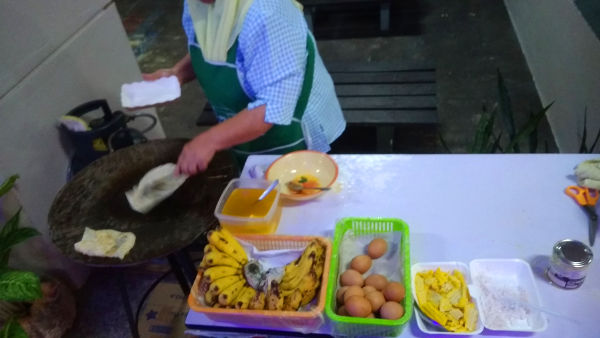 Roti pisang making table. I wonder what the dish is named in Thai 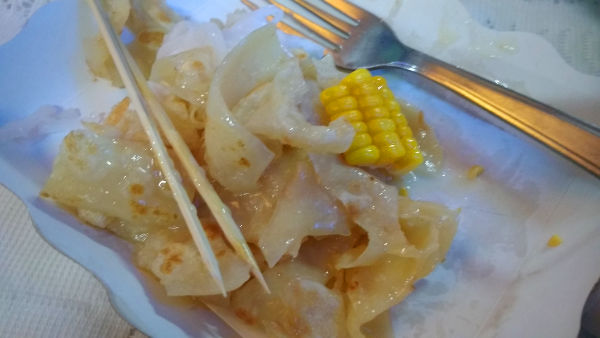 Finally for desert we had what was basically a roti pisang with condensed milk and corn. 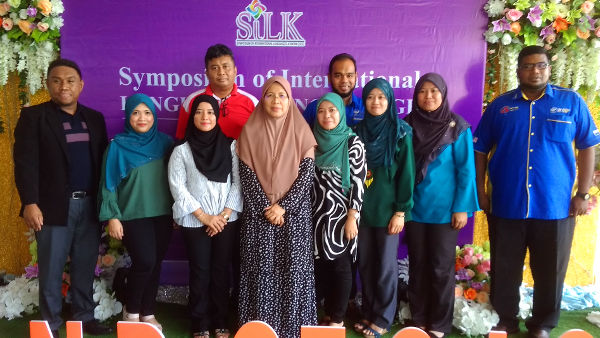 The away team pose for a final photo before departing home

The next morning after another education workshop session, it was time to go home. 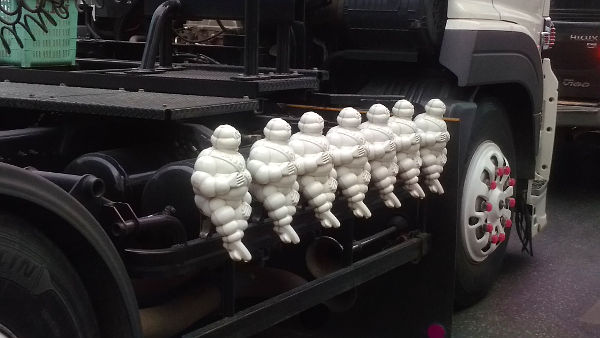 As we headed home, between naps I saw this truck pictured above.

A single university transport conveyed us home, towards the border. 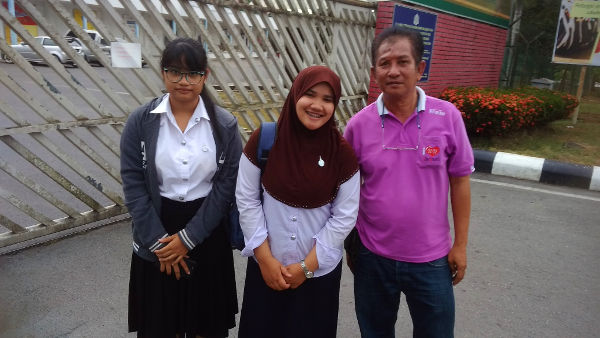 Our liaison officers and driver, before they headed back to Walailak University

The university students who were our liaison officers and the transport driver posed for one last photo before they began their four-hour journey back to WU. Our university van were on hand to take the team back to our office, but I asked to be dropped at the nearby Petronas station where Ain and Irfan were waiting. 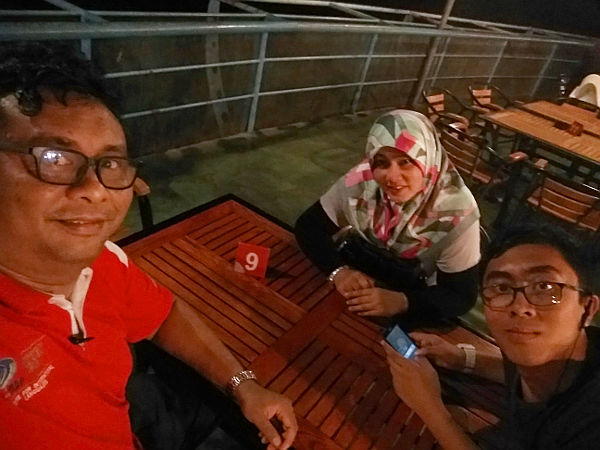 Back with the home team again

Finally, we had dinner at the Timah Tasoh Dam restaurant before heading back home.