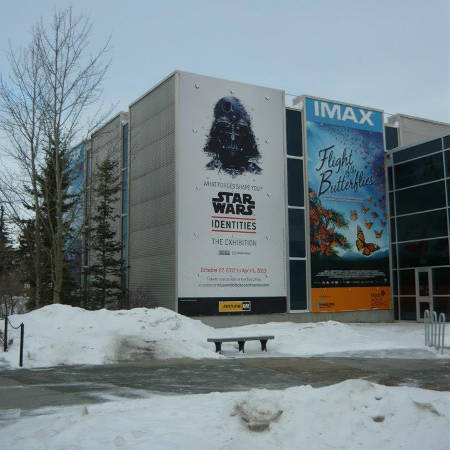 As mentioned in the Star Trek exhibition post downriver, my brother from another mother and hemisphere Shane went and visited Star Wars Identities exhibition at the Telus World of Science in Edmonton. Shane gave me permission to feature photos from his expedition into the world of Star Wars miniatures, maquettes, concept art and costumes.

Which gives me a reason to post more Star Wars photos on this blog for the lulz. 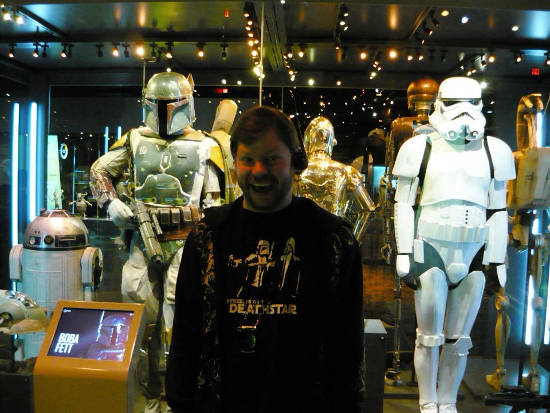 Stormtrooper is desperately holding it in

See this grin on Shane? I will match and exceed that if I ever visit an exhibition like this one. In the background, Boba Fett is unsettled by his number one fan.

The entire set up sounds fantastic. As a visitor, you are able to use the interactive displays to choose which path you take as you traverse the entire exhibition. What you choose will create an original character attributed to you as you reach the end of the exhibition. 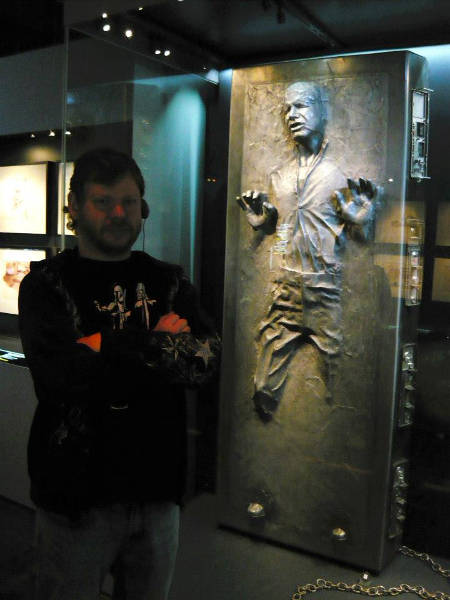 If only they’d allow Shane to take Carbonite Han home with him; in which case it’ll end up as the surface of his coffee table. We could run games on it and dice would be thrown at around Han’s crotch, where the surface is smooth. 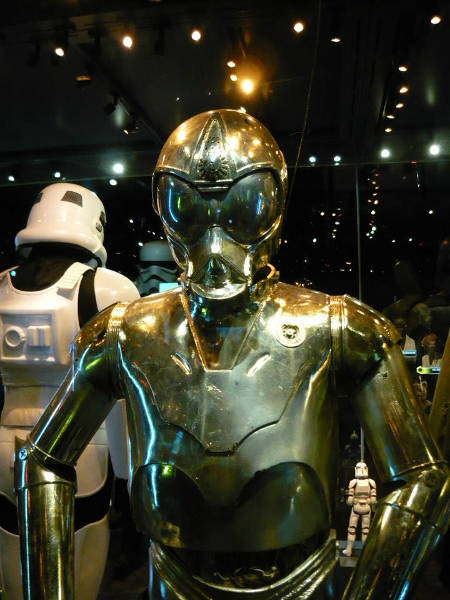 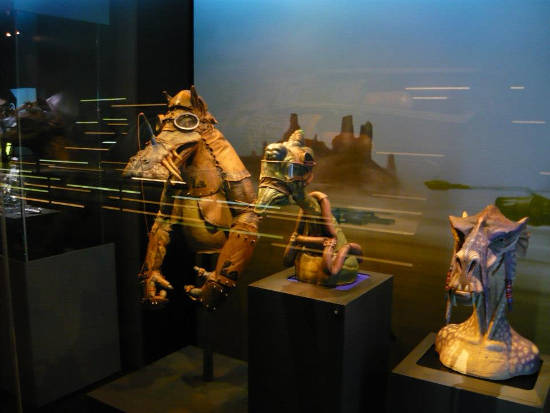 Oh noes! Dud Bolt, Mars Guo and Sebulba met their end at the hands of which crazed taxidermist? 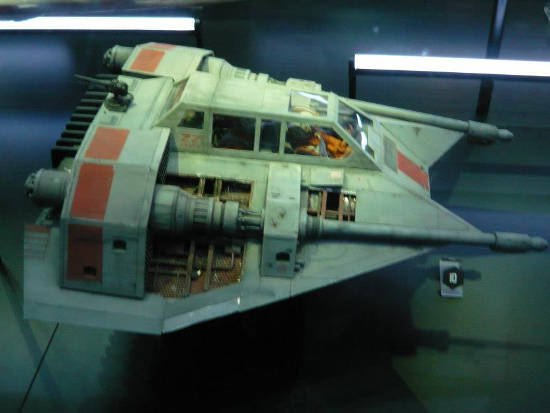 “It will take quite a while to evacuate the T-47s.” 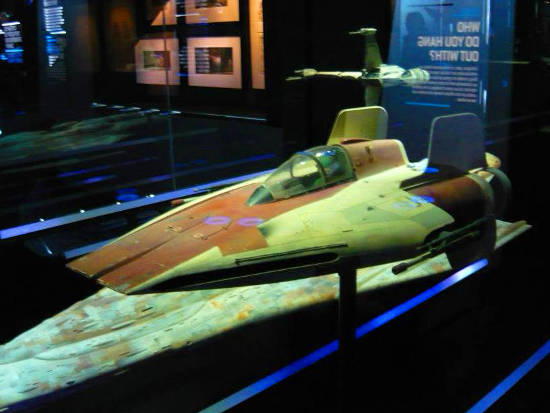 Sila flew throughout the Enteague Sector in a prototype of one of these, or maybe an R-22 Spearhead. But we never did use that ship much. 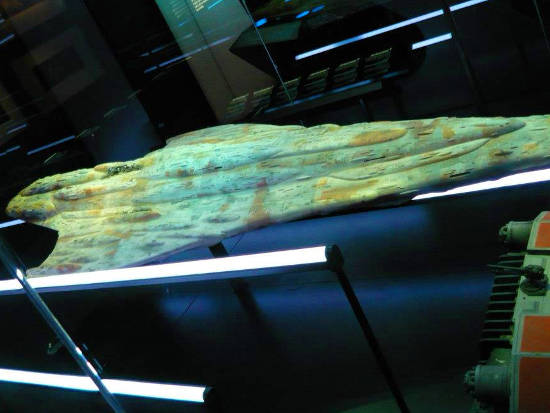 You can identify a Mon Calamari MC-80 Liberty-type star cruiser by its winged spaceframe. 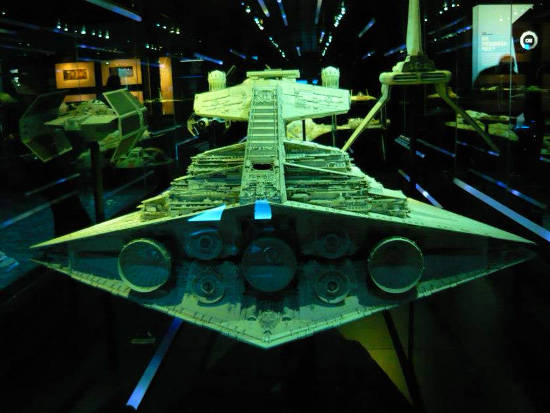 The garbage jettison bay is open. This Imperator-class star destroyer is about to take a shit. The TIE Advanced and Lambda-class shuttle flanking it are done for. 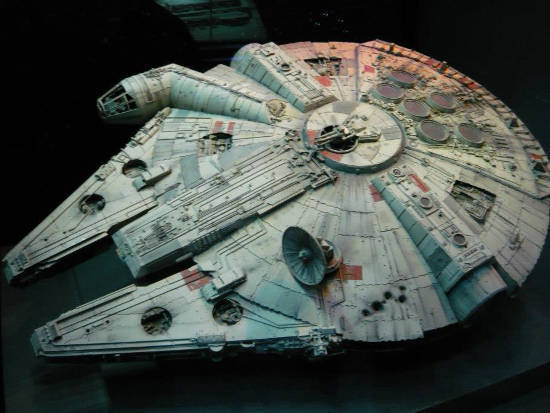 The most famous Corellian Engineering Corporation YT-1300 light freighter that flew the spacelanes: The Millennium Falcon. Now, this is a handsomely-crafted piece of model miniature. It’s even lovelier than a wave of babies. 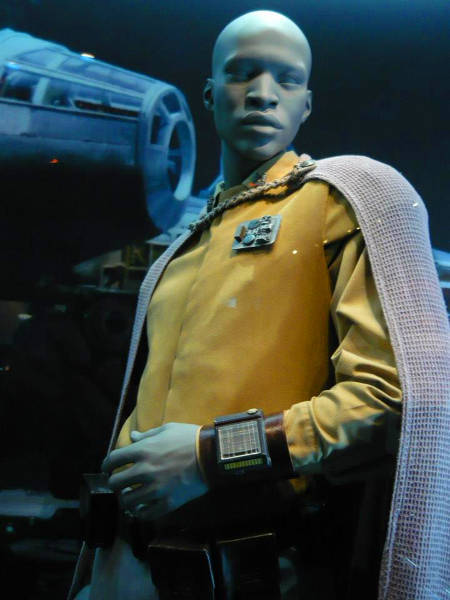 This bald mannequin is giving me ideas that Lando Calrissian will turn out to be the unaltered, naturally grown but non-Force sensitive clone of Mace Windu. 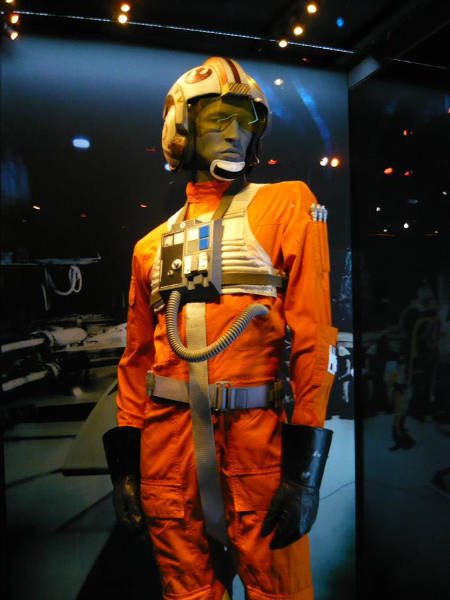 Luke Skywalker’s X-Wing pilot’s coveralls and life support module look very nifty. If I could wear that to work every day I would. 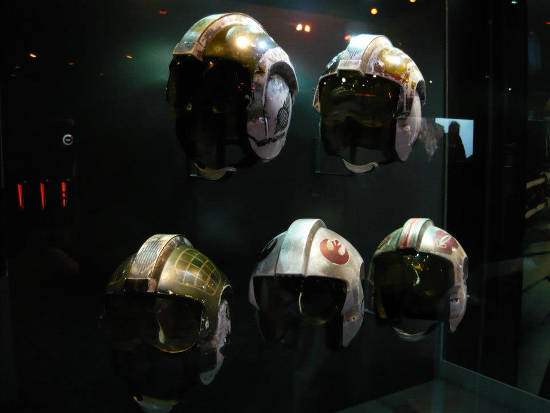 More X-Wing pilot helmets, including Wedge’s and Biggs’, probably the cause of many a 70s-style helmet hairs. 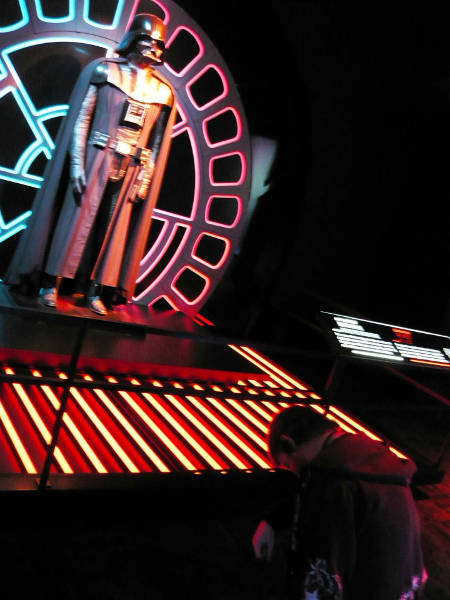 Before Shane leaves, he bows to his master. Hint: It’s not Joss Whedon.