Wearing his Iron Man t-shirt a gift from Ayah Cik, he greeted the arrival of his cousin Aiman (as well as Aiman’s parents) with whom he immediately shared his cache of toys. Aiman was overwhelmed by the amount of Hot Wheels collected by Irfan over the years, which Ain had recently kept in a single plastic container. While the kids were playing at (and making a mess of) the living room, Ain was busy in the kitchen producing food, food and more food.

Is that a Mark Bagley artwork?

Above: Atok and Opah Irfan weren’t able to come (’cause I wrecked their car) but, they’ve prepared in advance with this awesome Spider-Man birthday card. 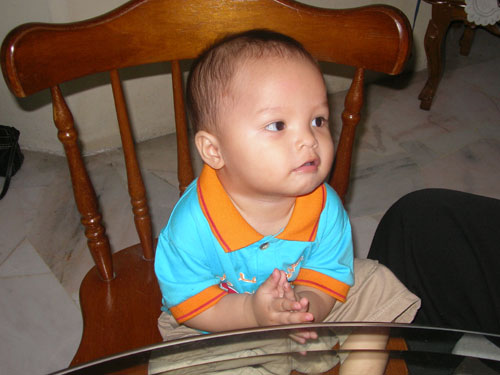 Above: Aiman claps his hand – mostly because of other people prompting him by clapping their hands. 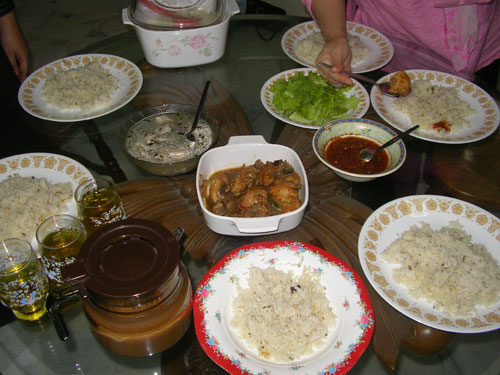 Consumables to be consumed

Above: Nasi ayam Chinese-style a recipe taught to Ain by Opah Irfan is prepped on the table, with more garlic and ginger. The delicious agar-agar has been set aside to make way for this meal. 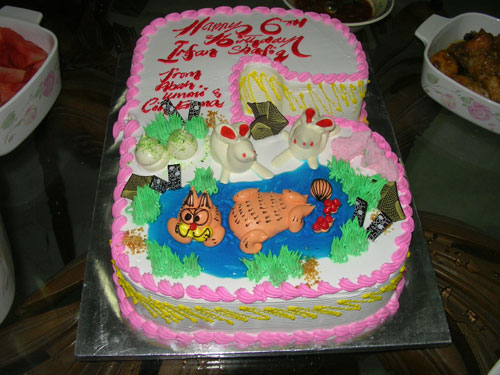 Also thanks to Cik Emma for the birthday cake

Above: The birthday cake is shaped like the number 6, and has Garfield swimming (or perhaps eviscerated) in a pool of water or a lake, being watched upon by a pair of rabbits (which might also be rats if viewed from a different angle). 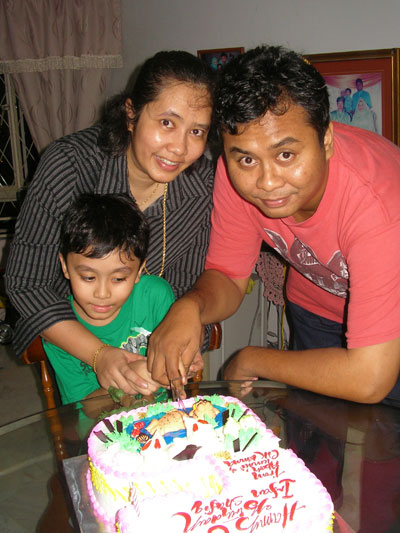 Above: This is of course, the cake cutting ceremony, in which the cake is mercilessly cut to pieces. 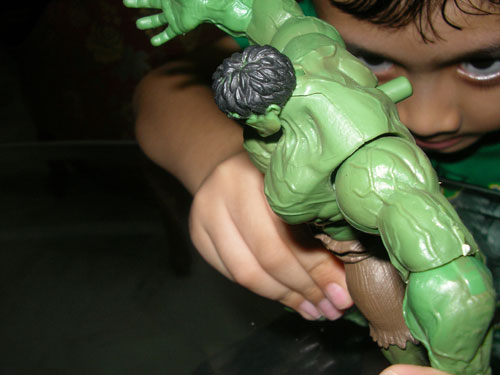 Above: Irfan plays with the birthday present from Atok and Opah, which is a gamma-irradiated Bruce with clapping action. The gift was presented to Irfan while he was on the phone with Atok, thus his joy at receiving the gift was heard in real time by his granddad. 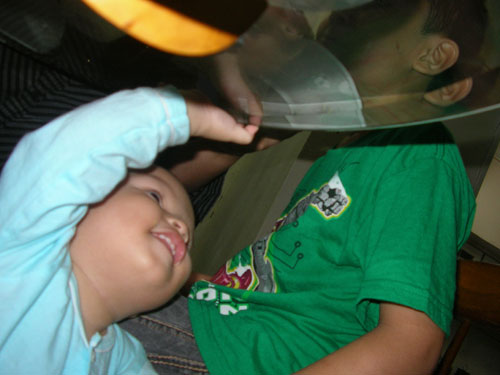 Above: As Irfan has his share of nasi ayam, Aiman goofs around under the dining table trying to get his cousin’s attention. 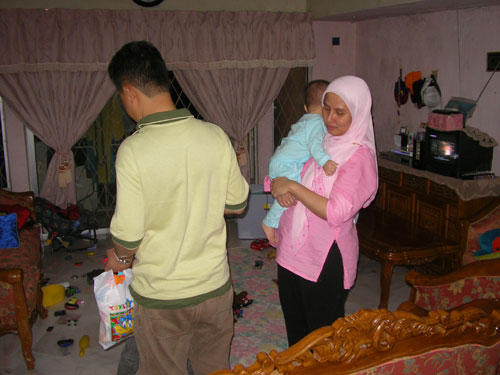 Packing up to go home

Above: Abang Kie, Kak Nor and a tired Aiman preparing to head home for the night. 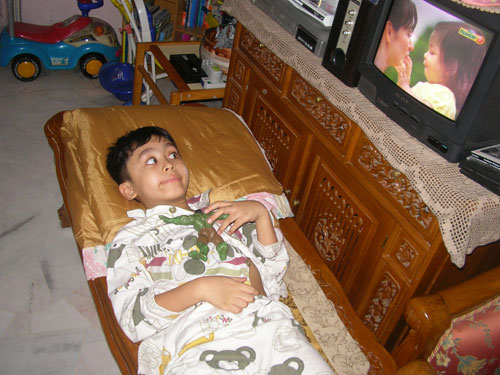 Above: Sleepy Irfan takes advantage of the folded mattress on the table to watch TV while holding on to his newest favourite toy.