I have known Wayne “Scarecrow” Peters since the days of the Star Wars Online Journal for which I was a web layout designer and an illustrator back in the early 2000s. I have kept in touch with him on various social media platforms over the years.

I discovered last year that Wayne had created an online paper miniatures generator for the Star Trek Adventures RPG! So I made a bunch of paperminis from it. 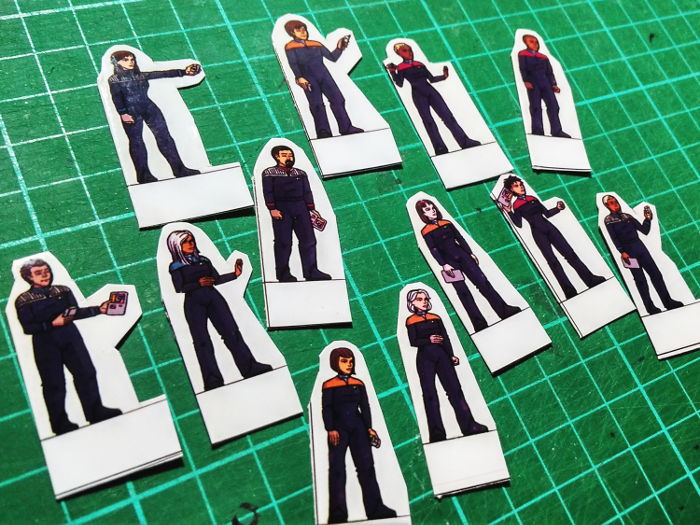 The generator allows you to design your own characters for Star Trek Adventures. I printed out a bunch of Starfleet personnel in the Deep Space Nice-era uniforms. I plan on running something circa the year 2372 or thereabouts. 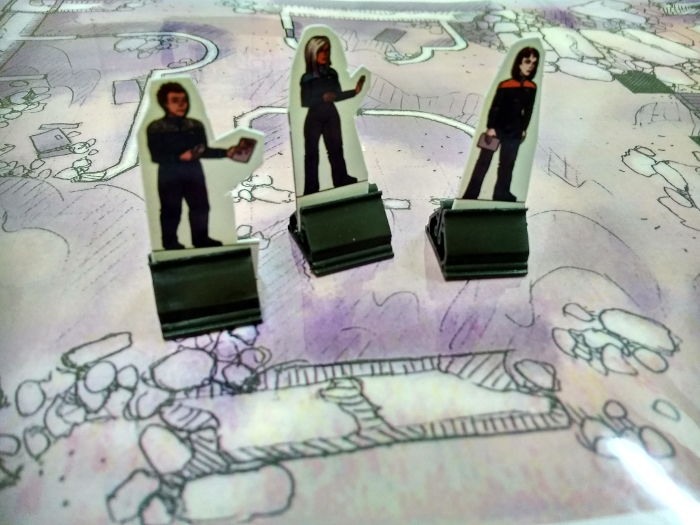 Wayne’s generator provides the option to create characters of various genders, species (still no Horta though), era-based uniform (even Star Trek: Discovery uniforms) and the division colours of the respective uniform designs. Also, one can also customise the characters’ hair, facial hair, hair colour, positions of arms and equipment held (from tricorders to phasers to PADDs). 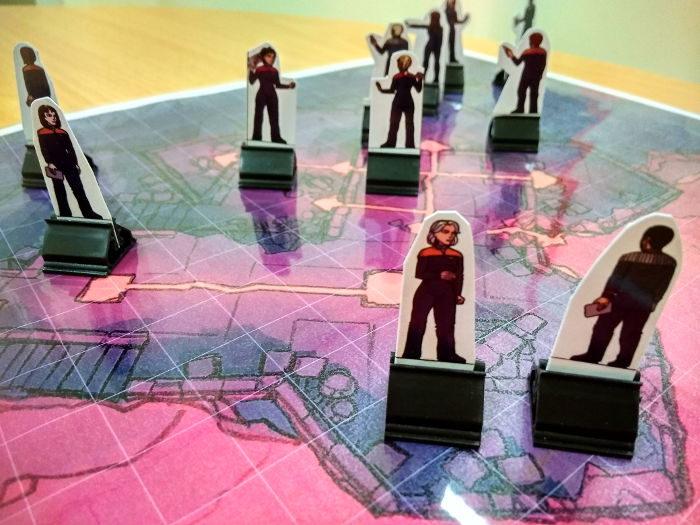 Here are some photos of the paperminis with terrain mats made by 2 Minute Tabletop. I hope to run a game with Irfan after his SPM examinations.