Yesterday, TeeKay-421 the official Belgian Star Wars fan club magazine revealed their cover for their upcoming issue 89. The cover was illustrated by me. Check it out below: 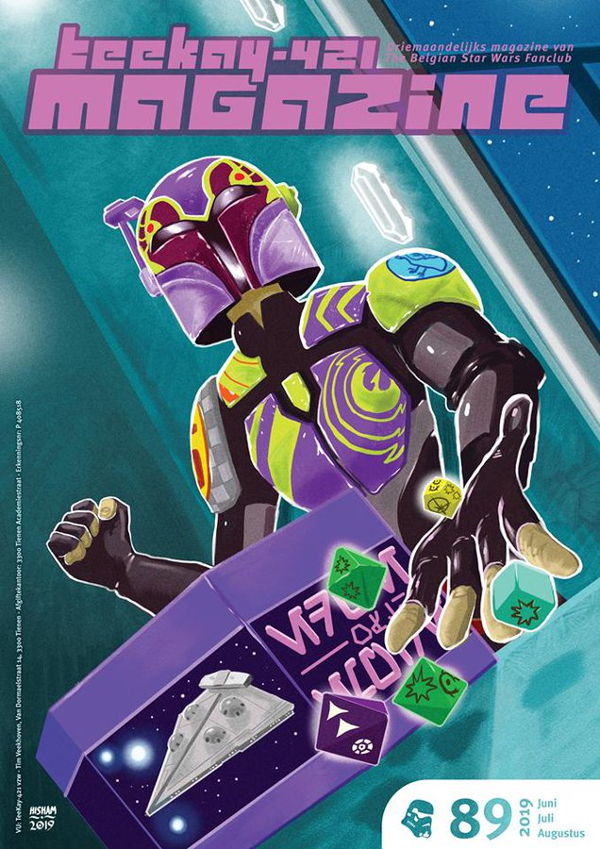 The theme was Mandalorians. I could draw a number of famous Mandalorians played by Ray Stevenson or Jon Favreau or Katee Sackoff or Pedro Pascal. Then I thought Tiya Sircar missed out on playing Edge of the Empire with her castmates on GEGG Wars. I decided to have Sabine Wren roll some Fantasy Flight Games dice with a custom GM screen for the cover of issue 89.