The English Theatre Arts co-curriculum class of 2020 have finally reached the end, which meant it was time for the final performances of their plays.

The first and second classes in past years performed live, the former in a classroom and the latter on stage, for their seventh and final week.

However, the third class were unable to perform live on stage thanks to the Covid-19 outbreak. Not only it was forbidden to hold mass gatherings (such as a stage play), most of the students if not all were away from campus at their respective hometowns under light lockdown.

So I decided for the students to write screenplays instead of stage plays, then film their parts separately. Each troupe had a director, writer and video editor as part of their non-acting crew members. They submitted their scripts for assessment and their videos so I could organise a livestream of their performances.

Here is the promo video of the livestream:

The problem: I have never livestreamed anything before in my life, so I had to learn from the ground up. Ivan had suggested Open Broadcaster Software Studio to livestream, so I spent the last couple of weeks trying to get the hang of using it.

The laptop problems I had earlier slowed me down.

But ultimately I managed to get everything set up for the big day. 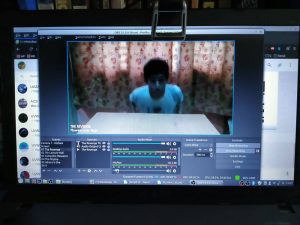 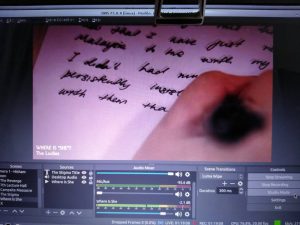 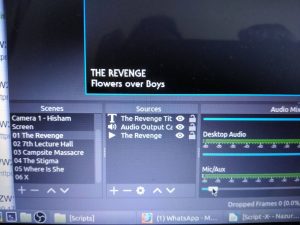 The RevengePerformed by Flowers Over Boys 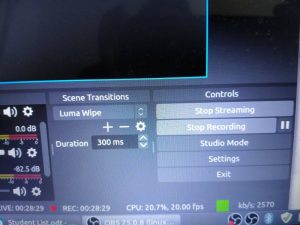 However I screwed up the introduction and the first play presentation because of the OBS Studio settings. After the first play was streamed, which froze and stuttered, I reset the settings for 640 pixel width and 20 frames per second, then restarted the livestream.

This livestream video was the result:

I am very proud of the third batch of ETA students this year. Despite being isolated from each other, they still managed to organise by troupe to produce scripts and videos for the course.

The only question on everyone’s mind of course, was why were there so many deaths on screen?!

Please watch the performance video above on a browser on its YouTube page to enjoy the… er, entertaining live chat as well.