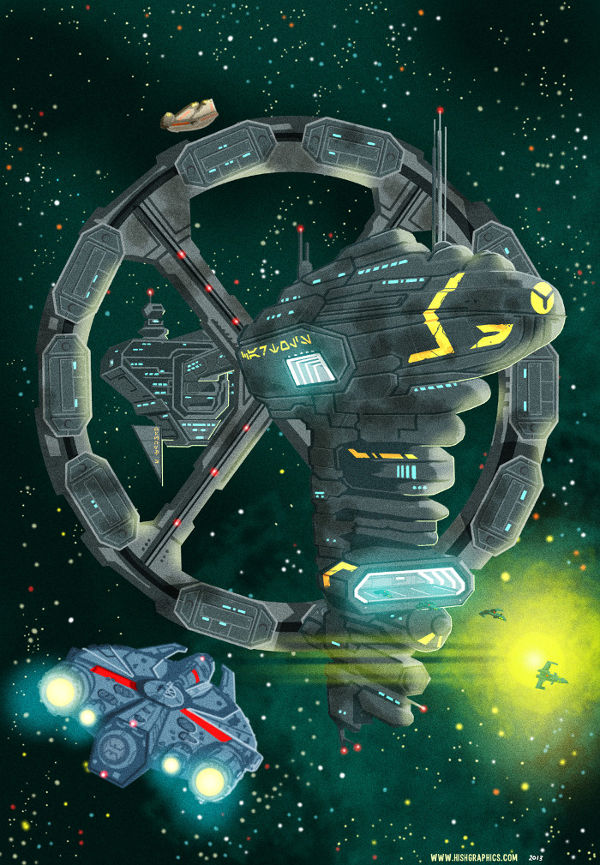 Jegergryte did not wish to disturb me after I created artwork for his Edge of the Empire group, so he requested an artwork on SWAG. After a month or so without being picked up – and I had some free time to spare – I yoinked it

The drawing of the modified Kuat Drive Yards EF-76 Nebulon-B escort frigate would be used for the cover of his Edge of the Empire homebrewed supplement entitled Cartol’s Emporium.

To make the Emporium seem busy with business, I also included other ships in the artwork. Ships from campaigns I ran or played in! Clockwise from lower left:

The supplement will be released December 2013. Watch this space for further announcements.