Our first visitors for the year were Teik Sing, Michelle, Ashley, Emma and Ezra.

As mentioned before, Teik Sing and I have been best friends since we were 7 years old at ACS Sitiawan. Here we are decades later – with homes timezones apart – still being friends, talking about ideas and stories, old and new. I wish I had the resources to someday visit his home and talk shop there.

Because Ain had to take care of her parents who had been visiting since last month, Irfan and I went to their hotel to greet them. Coincidentally we were using similar models of cars. First of all, we went to have some lok chin along the Kuala Perlis shoreline. We talked and the kids got to know each other some more.

En route back to Kangar, we stopped at Kota Kayang Museum, but it was about to close so we aborted the idea.

Then we parked at Taman Cenderawasih, where we saw a whole bunch of wild monkeys that had come down from Bukit Lagi. After that, we went home where Ain had prepared karipap and honeydew melon drinks. Later that evening we had dinner at a Thai restaurant.

The next morning, Irfan and I brought them all to our favourite nasi kerabu restaurant. Although the nasi kerabu was still delicious, they had no solok lada that morning. Additionally, the did not prepare their second best dish, the nasi dagang Kelantan. Michelle was hoping to try it out.

Our last stop was the Pengkalan Asam Jogging Park. We had some fun at the suspension bridge there as can be seen in the photos below. Then, we parted ways. Although we were no longer escorting them around, Teik Sing and family were experienced explorers enough that they thereafter went to Gua Kelam, Wang Kelian and had some nira and otak-otak at Nipah Klasik. 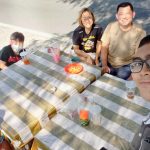 After checking in at the hotelForming up at Kuala Perlis 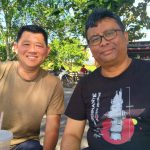 Along the Kuala Perlis coastTeik Sing and Hisham 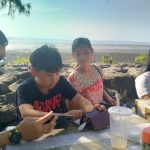 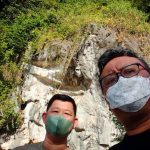 Near the Bougainvillea ParkAbove us is Bukit Lagi 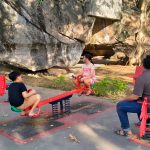 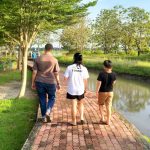 Irfan, Ashley and EzraHeading back to the car after a walk in the park 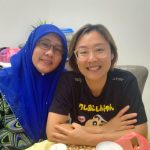 Ain and MichelleBack at the house 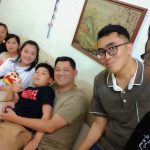 Hisham and Teik Sing's teams together againAll in 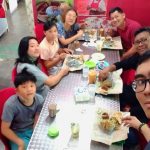 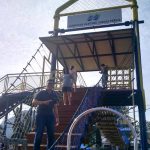 At the Pengkalan Asam jogging parkTo the suspension bridge 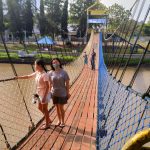 All the kids suspended over waterView from the bridge 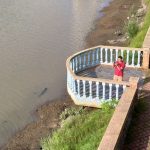 A low angle photographerTeik Sing tries to get some opportune photos 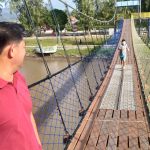 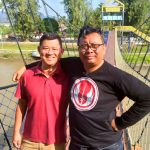 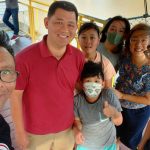 All together for a brief moment in timeHisham, Teik Sing, Ezra, Emma, Ashley, Michelle and Irfan 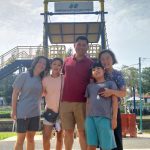 See you guys again in the futureThe Tings at full roster

First Visitors of the Year