We decided to take a drive on Sunday. Headed north, we then stopped at the restaurant overlooking the dam for lunch. 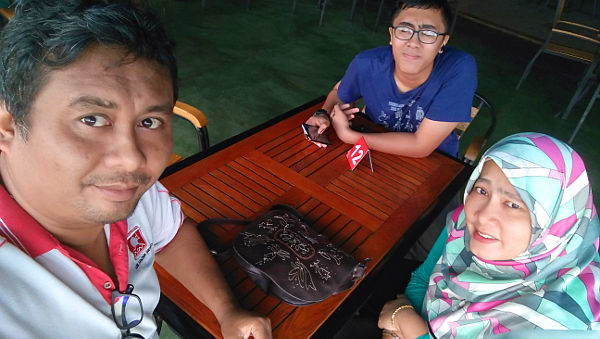 But first, a photo to preserve the moment since we have no access to the quantum informational layer of the universe. 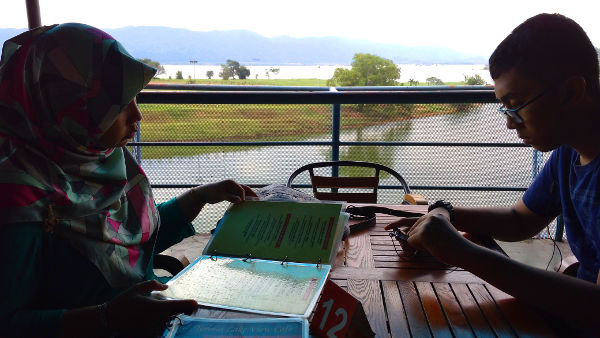 It is weird that we need to absorb and grok the information using spectral patterns of a certain frequence of electromagnetic radiation reflected off the menu and into our occular organs before we could figure out what to order. 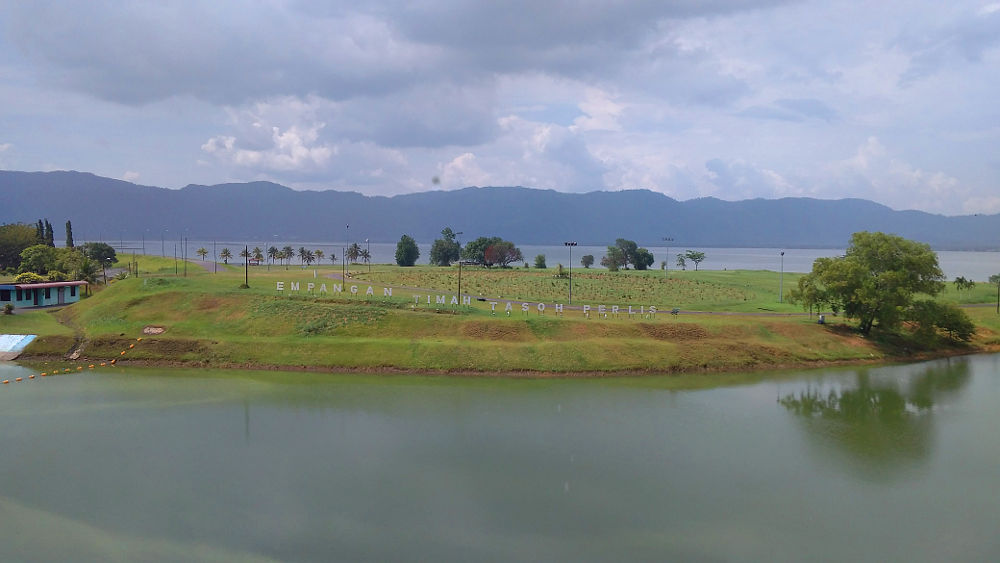 Can you imagine the sheer amount of quantum information that was formed and being formed, while interacting with each other in this photograph? 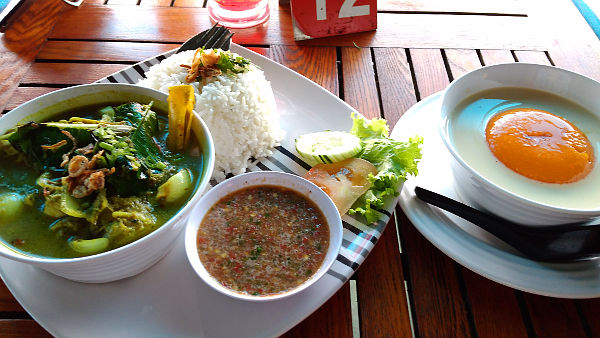 I wish I can see the Casimir effect occuring between Ain’s sagu madu and its bowl. 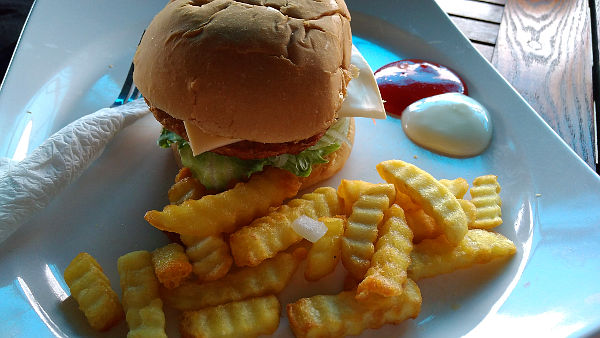 A billion years ago a star exploded. Today the potassium and phosphorus ejected into space during that celestial event contained in the French fries would be eaten by Irfan. 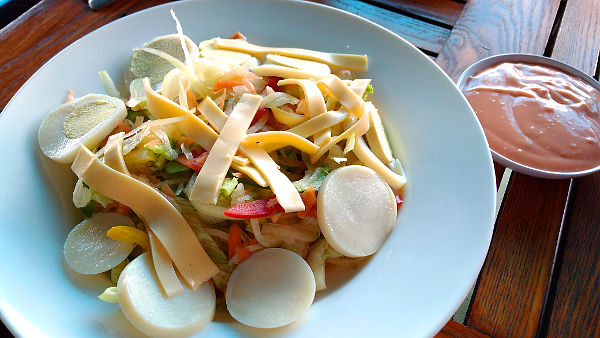 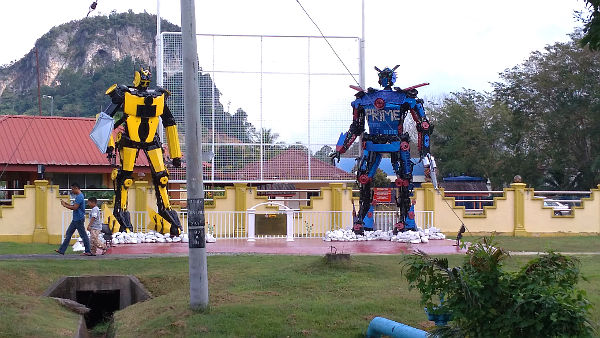 A couple of hardworking immigrants from the city of Iacon can be seen at a nearby learning institution. 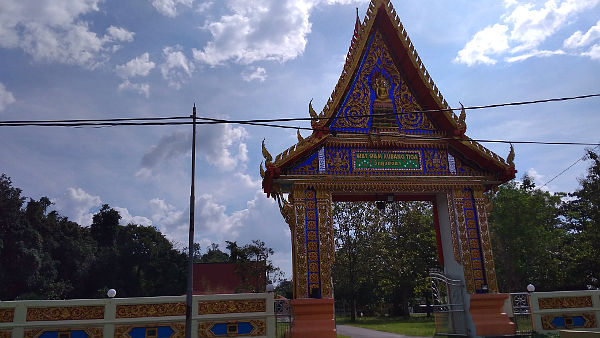 We then headed east, towards inland, where we stopped to view the entrance to this Thai Buddhist temple. It cannot be seen in this photo but the grounds of this temple is picturesque with small limestone massives and boulders with trees winding their roots around them as they ascend towards beckoning the local G5 primary at the centre of our system. 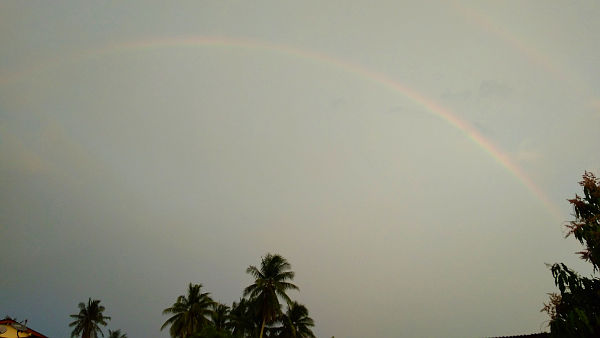 As our local G5 primary descended further, its photon emission were refracted and reflected by distant precipitation into our ocular organs producing this view. 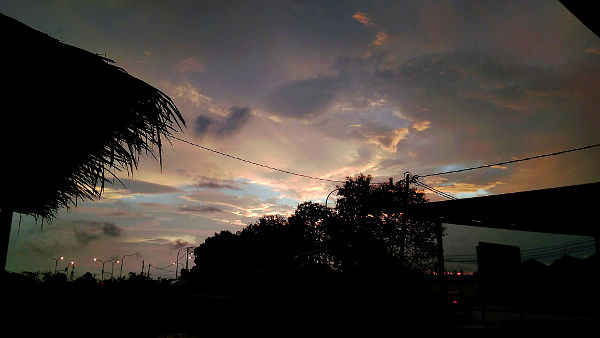 We had dinner at what we called the Gate 5 Restaurant (not its real name) by the time Sol dipped under the horizon while the atmosphere filtered the red-orange end of its visible spectrum emission into a splash of warm paints across the darkening sky.