Atok and Opah Irfan came to visit last Saturday for a medical reason. 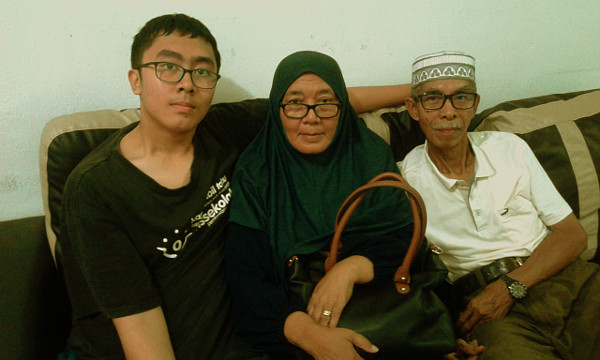 The photo of them above along with Irfan was taken the day they left for Sitiawan on the 12th. Several days earlier, on Monday the 7th, I was hospitalised and surgery was scheduled for the next day. 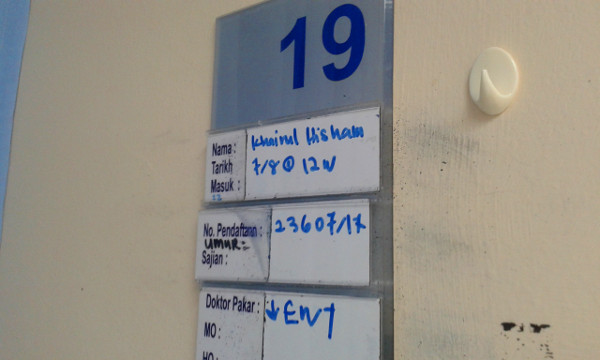 There I was, once more unto the breach. This was my fourth attempt at surgery. A FESS to remove what was left of a couple of polyps and a septoplasty to fix my right air hole which was apparently too small. The first attempt back in early 2016 was postponed because of high blood pressure. The second was postponed on account of getting sick while under observation in the hospital ward, and I missed a work excursion to Terengganu in vain because of it. I was unable to go for surgery the third time earlier this year because of a priority cancer patient who took my slot. 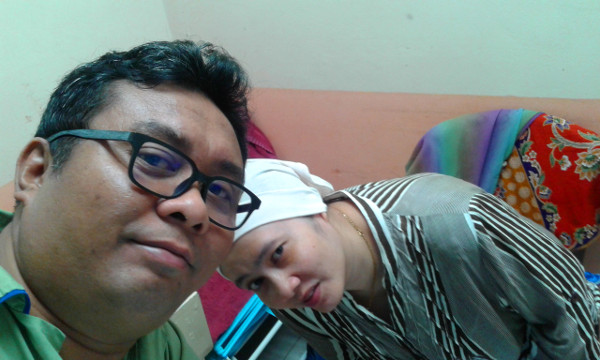 The two of us still a team after 17 years

Ain sat with me at the ward while Atok and Opah ensured Irfan was okay at home with school and dinner and such. I prayed that this time there would be no problems. 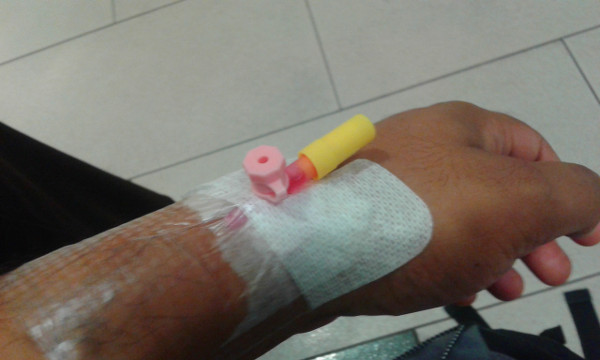 Hey a faucet on back of my hand

They stuck a cannula in my left hand at the ENT clinic before I went to the ward.

Soon, it was Tuesday morning and they wheeled me to surgery. I was first on their schedule that morning. Thankfully my blood pressure was within acceptable tolerances, so they carted me off to the freezing operating theatre, transferred me from the gurney to the table, put some thing that warmed my body up — I was unable to see what they were as they were putting the mask over my nose and mouth.

I thought I heard them say something about unable to get medication through the cannula.

Then I remembered no more. 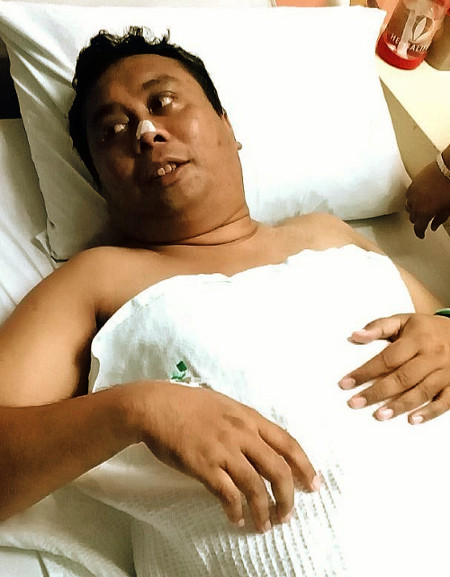 When I was under, the doctors did stuff to my nose. Four hours or so later, Ain took the photo above after I was wheeled out of recovery and back at my bed at the ward. There was blood on my teeth. I hoped it was not because of me biting any doctors when I was unconscious.

I brushed my teeth as soon as I could. 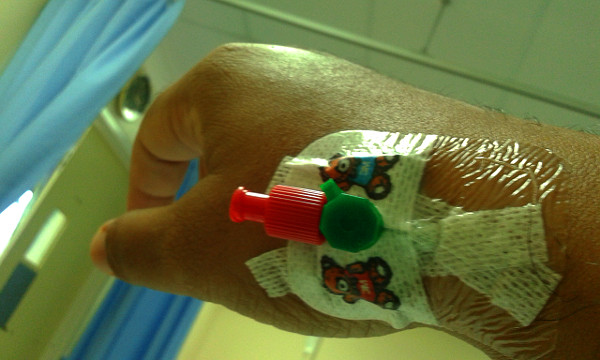 I think this is the kids’ version

For some reason a new cannula was on my right hand. (The one on my left had disappeared.) Also, there were teddy bears. Teddy bears. It must have been some sort of bonus achievement. 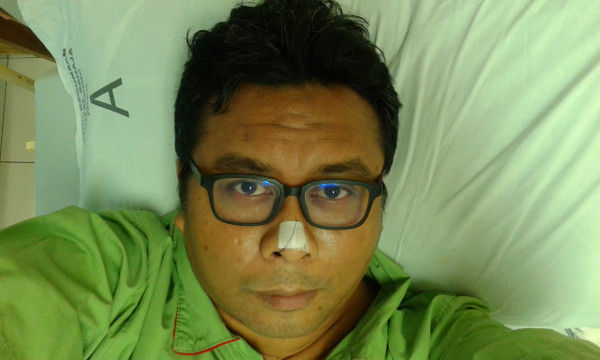 I have some padding up my nose where they dug in. They also cut away some septum to enlarge the right nostril, which could explain why I get out of breath quickly back in school when I was running. (I never run these days. Not enough dogs up here to chase me.)

A string was taped to my nose. The doctors will pull on it to remove the padding next Thursday. I am not looking forward to that sensation.

Finally, I was released from hospital Wednesday afternoon.