It started when we thought about inviting Emma’s forthcoming family-in-law for dinner. It just so happened that it was on Irfan’s weekend’s birthday! So unlike other years, Irfan had more people over for his birthday than before, including the aforementioned forthcoming family-in-law of Farid’s, Irfan’s cousin Aiman and Zara, and his schoolmate Fikri our neighbour from the next tower (but the same arcology – so to speak). 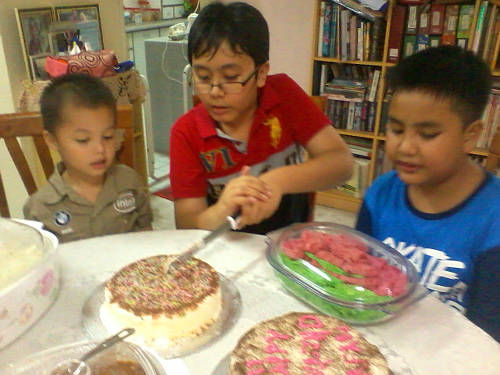 Irfan sliced up his cake using his melee weapons skill. 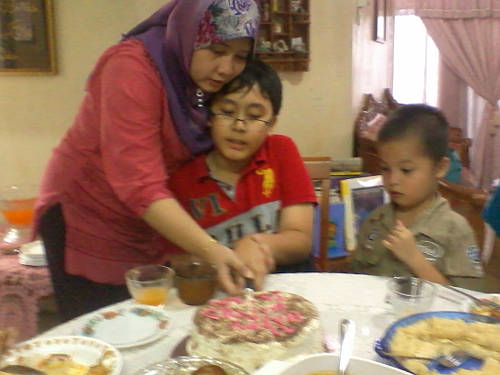 I got a photo of Ain with Irfan. But because everyone was busy with guests, no photo of me was taken. 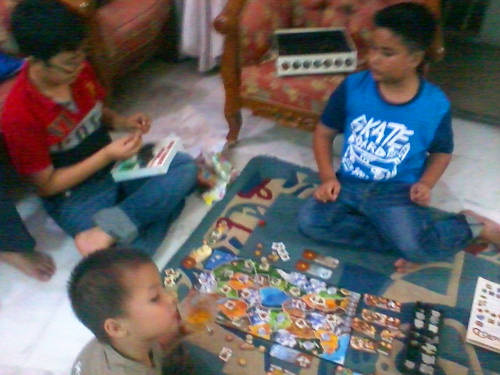 Gamer to the core?

Irfan taught Aiman and Fikri to play Small World! If they had more time, Irfan would have also taught them Ascension and Star Wars The Card Game. 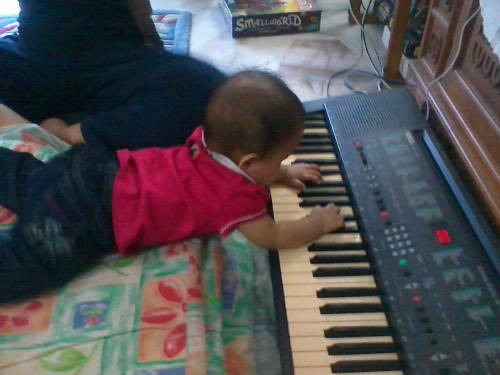 In the meantime, Zara was practising her piano skills.

Irfan got a cool totebag for his books from Cik Su and an impressive How Things Work book from Uncle Farid for birthday presents.